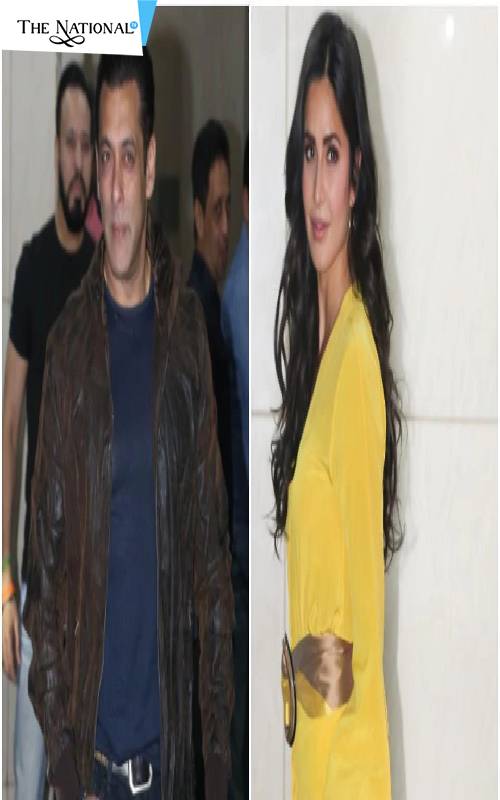 Most sought-after Bollywood actress Katrina Kaif is gearing up for her most awaited 2020 action film Sooryavanshi. The movie is being helmed by Rohit Shetty and produced by Karan Johar and Rohit Shetty under their banners Rohit Shetty Picturez and Dharma Productions respectively. And has been penned by Sajid-Farhad

Sooryavanshi stars Akshay Kumar, Katrina Kaif, Ranveer Singh, Neena Gupta, Ajay Devgn, among others in pivotal roles. The movie will release on 27 March 2020. Fans have been waiting to watch the duo's eccentric chemistry on the big screen once again.

The actress was recently spotted at her former flame Salman Khan's birthday bash where she arrived happily in all yellow. Katrina donned a midi-dress complimenting a bronze belt. The actress flaunted her tresses like a pro and stomped the night in nude stilettos.

The duo dated for seven years and called it quits in the year 2009. Their media sensitive relationship made headlines and sparked a lot of controversies. There were several reports that suggested that the actor controlled her lifestyle and little things in her life.

Several rumors also stated that Salman slapped Katrina on the sets of an ad shoot for a petty reason. During their relationship, the actress' behaved tense around others due to the stress Salman was causing her. On the work front, the former couple starred in 2019 blockbuster film Bharat which did phenomenally at the box office.

Salman and Katrina collaborated in movies like Hello, Yuvraj, Maine Pyaar Kyun Kiya, Tiger Zinda Hain, Ek Tha Tiger, Partner, Tees Maar Khan, Bodyguard, among others. While their movies broke the record at the box office, their chemistry was loved and applauded by the audience.

The duo last hit it off with Tees Maar Khan in 2010 and is reuniting with each other after 11 years.