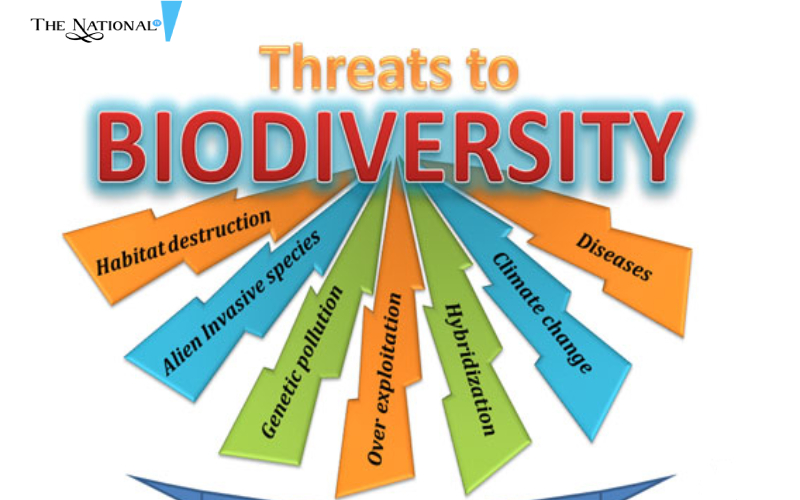 Biodiversity refers to all varieties of living things on this earth from genes to the ecosystem. There are established chains where varieties of life are directly or indirectly dependent upon each other. Extinction of any living species is having a pernicious effect on the entire ecosystem. The concept of sustainable development has evolved which means meeting the present need without over-exploitation of nature and without compromising with the need for future generations. Albeit we are the generation facing the worst environmental crisis in past history. Mining is one of the causes of biodiversity loss which means the extraction of gems and minerals from the earth.

Destruction of ecological balance and habitat are irreparable damages caused due to mining disasters such as the Aberfan disaster (1966), Monongah Mine disaster (1907), Sago Mine Disaster (2006), Upper Big Branch Mine disaster (2010), Pike River Mine disaster (2010), 2014 Soma Mine Explosion and many other created pernicious effect on the environment including erosion, loss of biodiversity and contamination of soil and ground waters. The gas leak seems to be innocuous but it adversely affects the living things. It is the unpalatable fact that gas leaks are preventable man-made disasters that cause tremendous amounts of death and biodiversity loss. The common reason behind such gas tragedies is casual moments of laziness, lack of training, lack of equipment facilities.

Nuclear Meltdown in Chernobyl, Ukraine (1986), 3 Mile Island Nuclear Explosion (1979) were among the most devastating nuclear meltdowns which erroneously affected the environment. Recently, the Baghjan Fire Disaster on 9th June 2020 in Assam is having a terrible impact on Dibru Saikhowa National Park. This disaster was another case of negligence by the human being. Climate change adversely affected biodiversity and animals and plants are having their own favorable climate for survival.