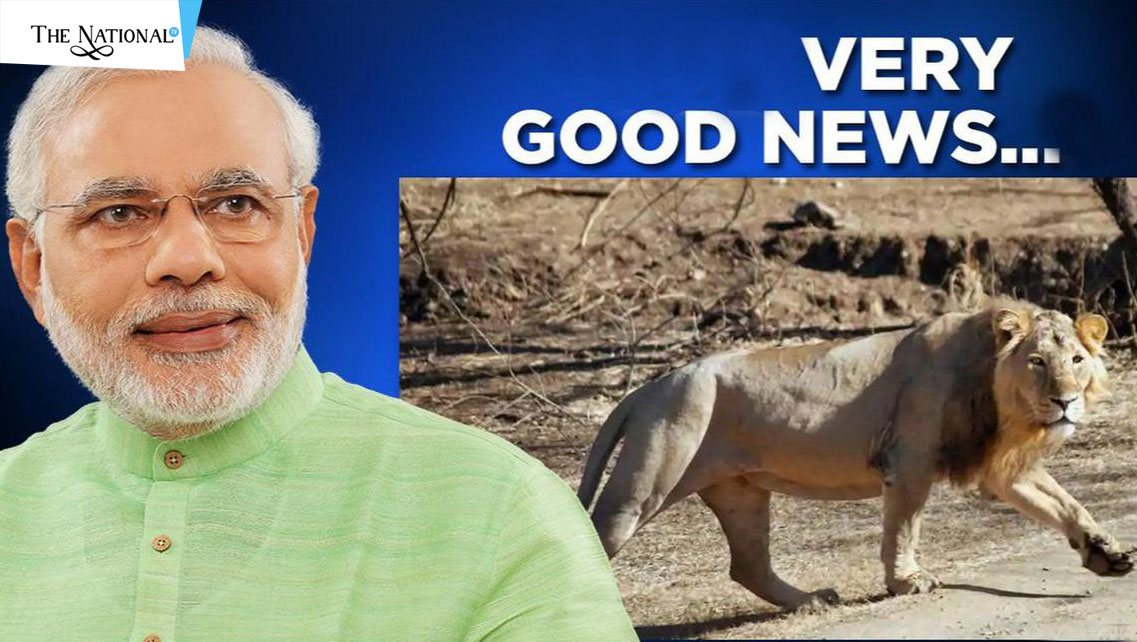 People reading to the headlines are very curious to know what is the good news about Gir lions? Today PM Narendra Modi came on various social media platforms to announce, “Population of the majestic Asiatic Lion, living in Gujarat's Gir Forest, is up by almost 29%. Geographically, the distribution area is up by 36%.”

The Gir forests are located in Gujarat and Gir forests are the last abode of Asiatic lions in the world. The Gujarat forest department said that the number of Asiatic lions has increased by 29% to 674. In a post shared by PM, he also thanked people of Gujarat for their efforts due to which the lion population has survived and increased by 29% which were earlier on the verge of extinction. He wrote while sharing four photos of Gir lions, “Kudos to the people of Gujarat and all those whose efforts have led to this excellent feat.”

Indeed! It is very great news especially in times where inhuman activities of people have multiplied in number with people abusing, killing, torturing, and murdering the animals for their personal pleasures or requirements. Thus, in such a light this news is really very joyous for all of us as lions are of the most majestic and fierce animals existing on earth.