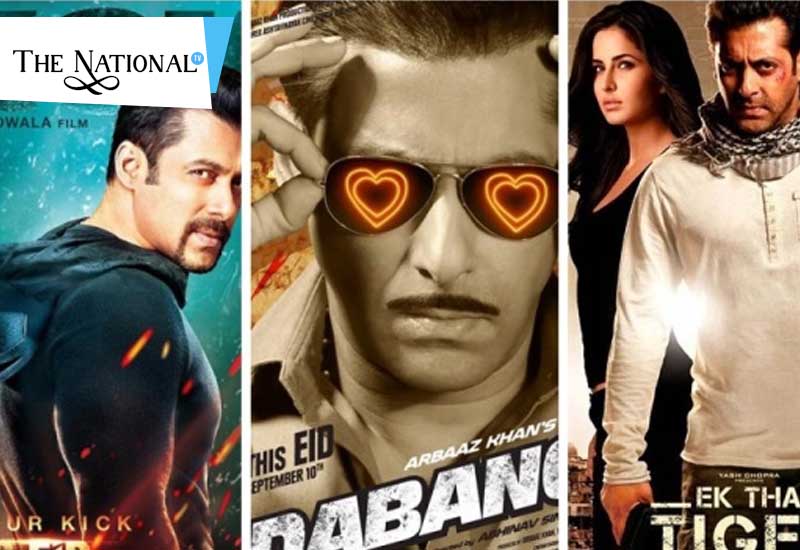 The II Part of the Eid Blockbuster series is here. In this, we'll know about more films which released on Eid and set the cash registers ringing.

The Priyadarshan directorial which was a remake of the Malayalam all-time blockbuster Manichitrathazhu is Akshay Kumar's biggest Eid success till date. The film which was successful in every language in which it was remade, eg Chandramukhi [Tamil-Telugu], Apthamitra [Kannada]  and Rojmohol [Bengali], with actors like Rajinikanth, Dr. Vishnuvardhan, and Prosenjit Chatterjee reprising the role which Akshay Kumar played in Bhool Bhulaiyaa respectively. After its release, the film has gained a huge cult following especially for Vidya Balan's performance as Avni/Monjulika and Akshay Kumar and Jimit Trivedi's comedy sequences.

The Salman Khan resurgence or the film which made Salman Khan the Eid King is Wanted. Directed by Choreographer and actor Prabhudheva this film was a smash hit at the box office and is the second highest grossing "A" rated film in Bollywood. A remake of Telugu smash hit ''Pokiri'' which starred Mahesh Babu in the lead, this was also successful in every language where it was remade, Pokkiri [Tamil], and Porki [Kannada] with actors Vijay and Darshan.

While Wanted established him as a superstar, Dabangg directed by Abhinav Kashyap was a total masala entertainer which was tailor-made for family entertainment. A corrupt but a powerful policeman Chulbul Pandey hates his stepfather and stepbrother for mistreating him, This hatred is used by a low-level politician Chhedi Singh who has a grudge against Chulbul and wants to kill him at any cost. Unlike other films, this film was remade in various languages, in Tamil as Osthe and in Telugu as Gabbar Singh. The Telugu version was a big hit while the Tamil version was a below average success. It also has a sequel named Dabangg 2 which was also a commercial success. The 3rd part of the franchise ''Dabangg 3'' will release this year on Christmas.

Again a Salman Khan starrer a remake of the Malayalam film by the same name this film was a grand commercial success and also the year's highest grossing film as well. The film revolved around a bodyguard Lovely Singh who falls in love with Chhaya who unbeknownst to him is Divya the girl whom he is assigned to protect. This film too was successful in every language it was made, with the original director Siddique helming the Hindi as well the Tamil remake. Except for the Tamil version which was named ''Kaavalan'' all the other versions have the same name.

Salman Khan's first film with the Yash Raj banner was a blockbuster. Directed by Kabir Khan, this film revolved around an Indian spy named Tiger who falls in love with a Pakistani agent Zoya. This film received better reviews than other Salman Khan films at that time and was considered as an honest effort according to spy thrillers in Bollywood.

Shah Rukh Khan 's only Eid release in this decade, this film at that time broke the collections of 3 Idiots which was the highest grossing Bollywood film for 5 years. A 40-year-old man who is en route to Rameshwaram to disperse his grandfather's ashes gets entangled in a strange situation involving a Tamilian girl Meenamma and her family. It is also Rohit Shetty's highest grossing film till date and has also achieved a huge cult following due to Deepika Padukone's comic scenes in the film.