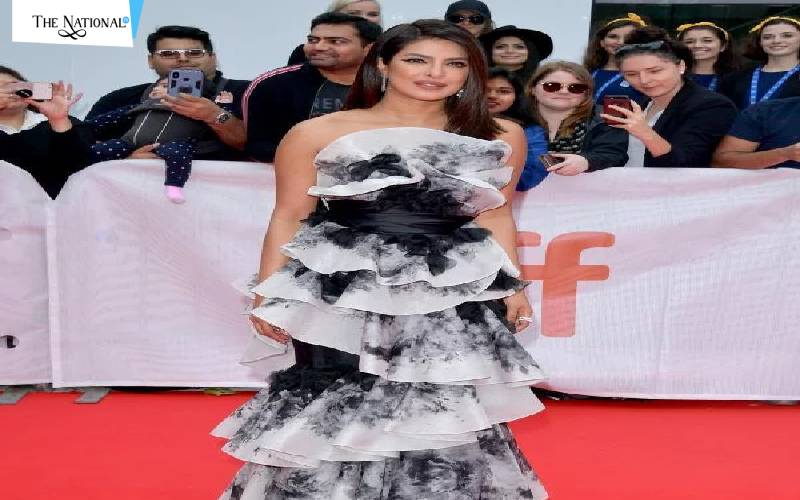 The Sky Is Pink To Be Premiered Soon

At the Toronto International Film Festival today, Farhan Akhtar and Priyanka Chopra's The Sky Is Pink is going to be premiered. The red carpet seems to be very exciting already with the presence of the stars there. It is impressive, one must admit it.

Priyanka Looks Stunning In Her Gown

The star-studded red carpet had many impressive faces to see. Priyanka Chopra, Shonali Bose, and Farhan Akhtar turned up along with Shivani Dandekar (Farhan's girlfriend). In a frilling black and white gown, Mrs. Jonas looked amazing. The simplicity added more to her grace and beauty. Shonali and Shibani looked charming too with Farhan appearing super cool in his suit.

Clicking a photo with the team, PeeCee took it to the social site to share the picture. She wrote, " Tonight at Roy Thompson Hall in Toronto we introduce the  #theskypink to the world at @tiff_net. What an exhilarating moment... I could not be more proud of this film. Are we going to see you tonight??!! @shonalibose_faroutakhtar @rohitsaraf10".

The movie is going to be featured in other film festivals too but tonight it is going to be the opening night for it officially. As happy images of the entire team flood social sites, the fans are really happy and exciting about tonight.

The Dazzling Duo Is Together Again

The charming duo is working together again after the movie, Dil Dhadakne Do. Director Shonali has said in an earlier interview, "It was initially a bit intimidating to work with Farhan and Priyanka. For one, Farhan is a director, I personally admire. Moreover, he is someone who has directed Priyanka in a film. I felt conscious but the two actors completely surrendered and trusted me. This definitely made my job much easier." The film also casts Zaira Wasim and Rohit Saraf in important roles.