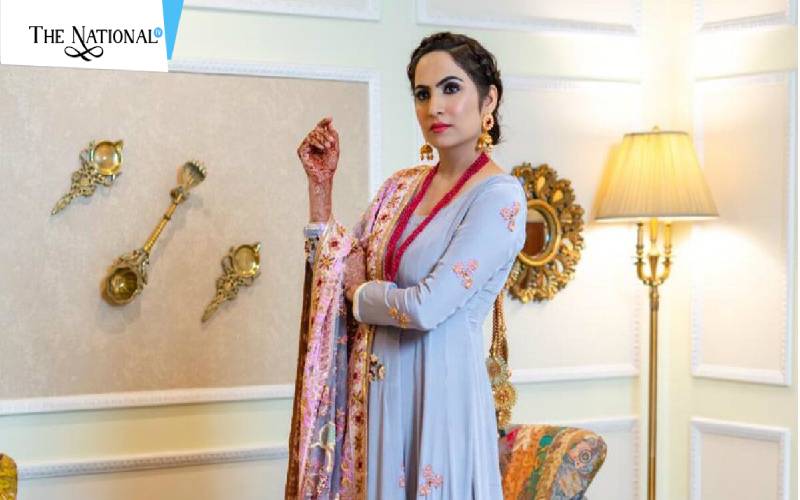 An exclusive video and photo campaign launch of her designs is what apparel designer Nimrat Kahlon is known for. From soft pastels to vibrant turmeric yellows, Nimrat Kahlon has launched more than a dozen collections in the span of the last two years. Taking cues from history, she has set new standards in Punjab with her modern hand-made ensembles. The designer, known for her distinct color palette has now decided to give a new dimension to her existing designs through her upcoming series Bashful Brides. "It will be one of its kind and will be launched at the year-end," she says. Her recent collaborative collection with 5- star Heritage hotel Noor Mahal has been the topic of discussion among all fashion freaks. The designer launched her brand in 2017 and has now become the most leading brand of Punjab. Most of the designs borrow from the exquisite architecture of old forts and heritage buildings of Rajasthan.

The influence of old paintings and Mughal motifs can be seen in many of her designs. Feeding the current trend of pre-wedding photoshoots and videography, she launched beautiful ankles and has largely changed the perception of just going for gowns for pre-wedding pictures. The designer says that her idea is to restore all the old forms of fashion that once existed when Indian and Pakistani Punjab was one. No doubt Bollywood's fashion sense had a huge impact on Punjab's fashion for the last thirty years but now things are changing with the growth of Punjab's film and fashion industry, she says. Working with so many actresses in Punjab has taught me what all needs to be done to have a similar industry here in Punjab how it exists at the National level where many prominent designers and Bollywood celebrities work hand in hand, said Nimrat. In the last decade, we have witnessed a strengthening the Punjabi Film Industry but we didn't have any stylists or designers in Punjab till 2017. But now we have so many good designers bringing a big positive change & I can foresee that soon Punjabi fashion will reach another level, shares Nimrat.