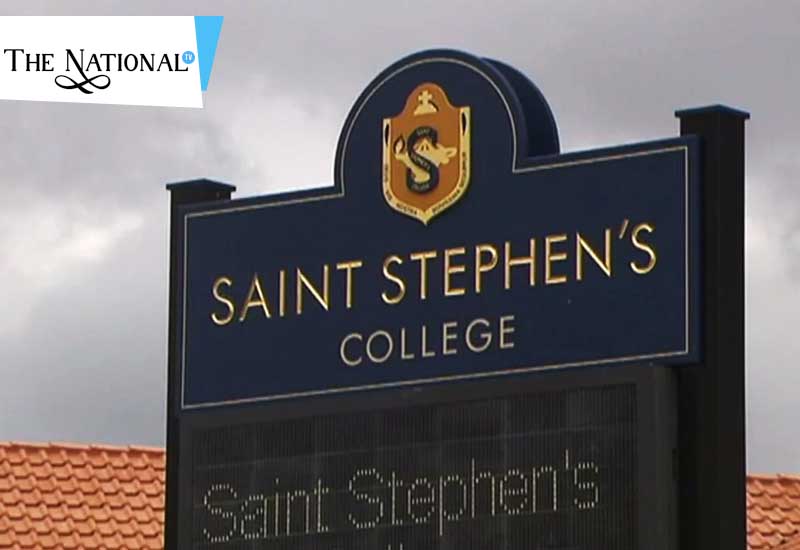 St. Stephen's is again been dragged to court. 3 of its teacher reached Delhi high court. The case filled is against the inclusion of  a member in the Supreme Council. N.P. Ashley, Abhishek Singh, and Nandita Narain are the three teaches who are against this addition to the Supreme council. They have challenged the decision which was declared on March 12th. The are against with the addition of a member  in the interview panel.

As per the decision a new member will be added to the interview panel for the admission of Christian students in all subjects. The three teachers were represented by Sunil Mathews, Sabah Iqbal Siddique, and Babita. The counsel argued against the decision of Supreme council, as it is against the constitution of college. In past, Stephen's College detained any kind of interference by Supreme council in the administration of college. The representatives enlightened the Supreme court's call after the case of 1992, which said ' admission of students is an essential facet of college's administration.'
Judge entitled for this case has issued a notice for a  hearing  of stay application, on 12th June. The hearing is only a few days before the interviews are planned to start. Dr Rasal Singh a memeber of Academic Council said, "We are in complete support of the struggle of colleagues from St Stephen's College to protect the academic integrity of the admissions process."  The Supreme council is a set made by 6 members, who all are the members of the church of North India. The council controls the religious, and moral instruction given to the students enrolled.