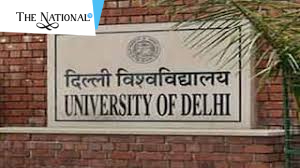 For the Delhi University Open Book Examination method, Delhi High Court has given a set of fresh dates setting August 10 at the starting of the exams. According to Justice Hima Kohli and Justice Subramonium Prasad, over a bench discussion, the mentioned that because of the delay in the examination, the future prospects of 2.7 lakh students would be affected.

On Tuesday, Delhi University has filed an affidavit in the court, stating the date of the first set of mock tests i.e. from July 31st but the court had to modify the date to July 27. The varsity mentioned that the second set of mock tests would take place on August 4 and then the OBE examination would commence from August 17. However, the high court, during the hearing regarding this change in the dates, changed the schedule and articulated that the second set of mock tests should take a start from August 1 and the OBE would commence from the 10th of August.

High Court also mentioned that the varsity would declare the date for the evaluation in examinations and result while keeping the schedule in mind and considering that no other delay would be commenced. Delhi University had also told the high court that the students can also appear for offline examinations that would be held two weeks right after the commencement of Open Book Examination.

Newly Added Schedule for the Exams: