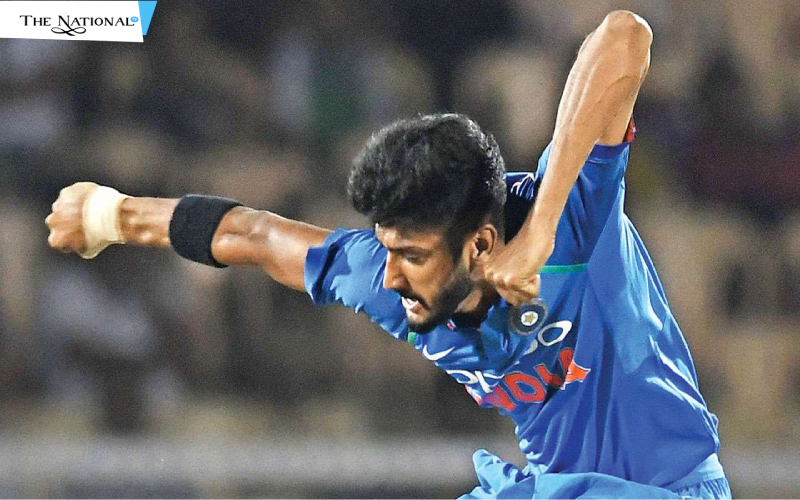 The Indian team management has been seeking a left-arm paceman as an option in Test cricket for quite some time now. It called Rajasthan’s Aniket Chowdhary to bowl at the Indian team nets. Aniket was sharp, held promise but was detailed by injuries. Another Rajasthan left-arm pacer Khaleel Ahmed made the Indian limited-overs team but lacked the extra pace and sharpness off the pitch to make the transition to Test cricket. The inclusion of T. Natarajan in the Indian Test squad down under is an extension of India’s quest for a left-arm seamer that would make its attack complete.

A left­armer adds variety to the line­up. To start with, batsmen seeing the deliveries coming into them from a different angle, find it tougher to settle down. A left-arm seamer to a right-hand batsman from over the wicket is always a threat. He can angle the ball across the batsman or bring it back into him. Natarajan does possess the ability to shape the sphere into the right hand to castle him or win a leg-before a decision. The point to note here is that when a left-arm seamer releases the ball from over the wicket, he does so from a lot closer to the stumps than the right arm paceman from round the wicket, exploring the same angle. This means the left arm has a very good chance of pitching the ball in line to win the leg before decisions against the right­hander. In contrast, the right arm paceman operating from round the wicket tends to land the sphere outside the leg stump, so a leg-before decision could go right out of the window.

And a left-arm paceman could be very useful against a southpaw — David Warner is likely to be back for the Sydney Test — since he can get the ball to straighten or move it away a tad from over the wicket or slant it across from round the wicket. Also, a left-arm paceman operating from round the wicket poses problems to the right­hander since he releases the ball from a wider angle and can angle the ball into the batsman. And the short-pitched balls from that angle tend to follow the batsman. Natarajan fits the bill. He has 64 wickets from 20 First-Class matches and has been the pick of the seamers for Tamil Nadu. He has improved this season, filling out nicely and bowling with greater pace and venom. His yorkers could surprise and consume batsmen even in Tests. And crucially, he would be creating the rough for off­ spinner R. Ashwin, who has become a major factor in the series, to exploit.