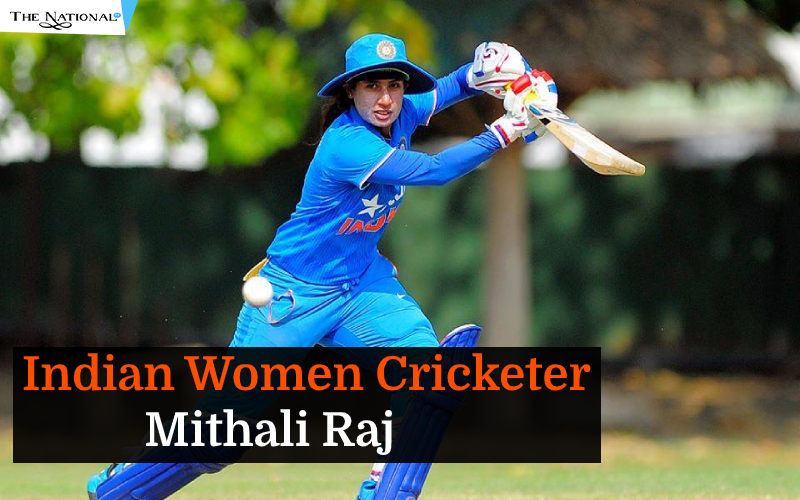 Mithali Raj was born on 3rd Dec 1982. She is an Indian cricketer and test, ODI captain of women's national cricket team. She is a right-handed opening batter and occasional right-arm leg-break bowler. Fans usually called her lady Sachin. She is famous for being the highest run-scorer in women's international cricket. On 3rd Sep she announced her retirement from T20s international. Her jersey number is 3. Her domestic/state team was Air India Women, Railways, Asia Women XI, Indian Blue Women. Her Coach/Mentor was Jyoti Prasad, Sampath Kumar, Vinod Sharma, R.S.R Murthy. She is a right-handed player and her bowling style is Legbreak. Her favorite shot-cover drive.

- Wisden Indian Cricketer Of The Year 2017

Mithali Raj was born on 3 December 1982 in a Tamil family in Jodhpur, Rajasthan. Her father is Dorai Raj, who was an Airman (Warrant Officer) in the Indian Air Force, and his mother is Leela Raj. Raj started to play the game at age of 10. She lives in Hyderabad, Telangana. She attended Keyes High School for Girls in Hyderabad. She attended Kasturba Gandhi Junior College for Women in Secunderabad for her intermediate studies. She started cricket coaching in her school days along with her elder brother.

1. Initially a dancer: Before cricket, Mithali was into classical dancing. During her childhood and teenage days, she learned Bharatnatyam and wanted to make her name in the same field. But it seems she was destined for something else and later she became one of the most successful players of the Indian women’s cricket team.

2. Lazy girl: Cricket was never Mithali’s first choice, in fact, it was never on her to-do list. Her parents introduced Mithali to cricket because she was very lazy and since her father was an officer in Indian Air Force, he wanted his daughter to be disciplined and active. In an interview with BCCI, Mithali said, “From the beginning, I played cricket only to make my parents happy.”

3. If not a cricketer: In an interview with SportsKeeda, Mithali revealed what she would have been if not a cricketer and quipped, “I would have been in civil services. Though I loved Bharatanatyam and pursued it quite seriously, I would have loved to get into the civil services.” After the 2017 women's world cup, Viacom 18 motion pictures acquired the rights to make a feature film on Raj's life. She said "Hoping that this movie inspires more people, especially young girls to take up sports as a career." The biopic is in planning and the shoot is scheduled to start in 2019. Raj said "I think Priyanka Chopra will be a great choice (to play me in the biopic). Our personalities match a lot. I am not a movie buff, so I'd love the experts to do their job." However, finally, it was decided that Tapsee Pannu will play the role of Mithali Raj in the biopic named Shabaash Mithu. It will be directed by Rahul Dholakia in 2020.