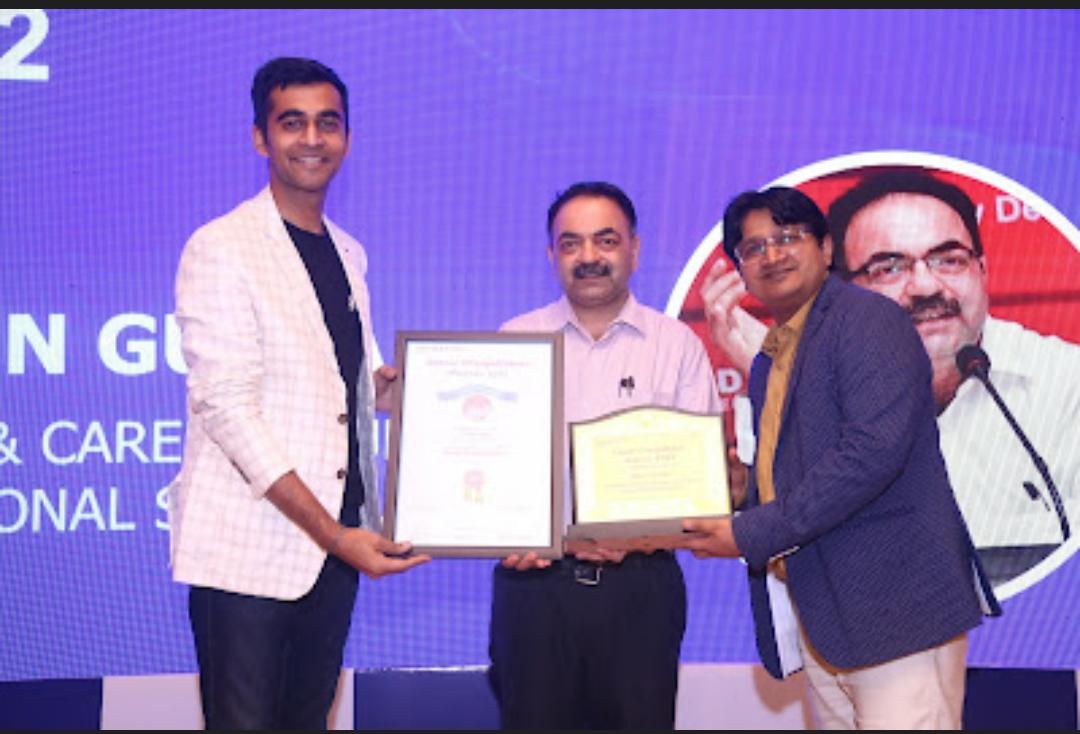 Visibly happy after receiving the Career ChangeMaker Award , Tarun Gupta , Director Career Counselling thanked Surabhi Dewra , Founder of Career Guide for recognizing the efforts of the School towards helping students make informed Career decisions. He further added that in GIS ,free psychometric assessments are offered to students of grades 10th to 12th to help them get their Ideal Career Paths and best subject combinations based on the Interests, personality , Aptitude, Career Motivators of the students. Speaking as a panelist on 21st Century skills at the Career Summit,Tarun Gupta underlined the importance of New Age Careers like Artificial Intelligence, Machine Learning , Ethical Hacking , You Tubing , Image Consultancy , Digital Marketing , Internet of Things, Web Designing , Data Sciences and Data Analysts which the students want to pursue with passion based on their intrinsic interests as the necessary and sufficient skills.

The Career Summit event was all about knowledge sharing, collaboration , interaction , acknowledgement and most importantly it was about inspiring each other as Educator and Guidance Fraternity came together on 11th June 2022 to give a huge encouragement to each other .