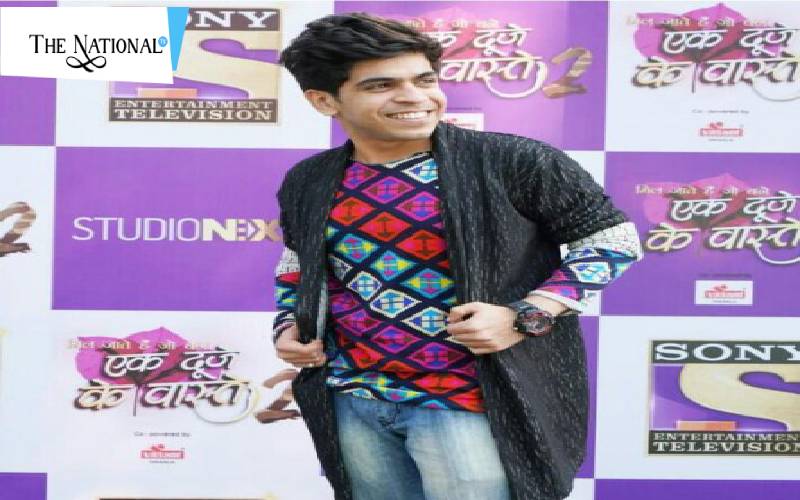 Renowned actor Jay Thakkar, known for his stunning and stellar performance across films and television shows, is all set to add new elements to the second season of Ek Duje Ke Vaaste for Sony Tv as Bunty Miyaan.

Talking about his role, Jay said, “I will be essaying the role of Bunty Miyaan. He is a rooted character, so I had to learn all the Bhopali lingo and nuances to get the part right. When I was offered the role, he was a Hindi speaking guy, but the creatives & writers of the show thought it would be more authentic and relatable if he spoke local dialect and behaved a certain way. I did a workshop training for dialect and body language for almost a month in Bhopal with a Bhopali instructor provided by the EDKV2 Team!”

“Bunty Miyaan, a thorough-bred Bhopali, so he is funny, comical, naughty and insightful, it is a multi-dimensional and layered role. He is the childhood buddy of Shravan Malhotra and both share a special bond. He is the support, help, guide, and motivator for everyone. So it’s a special role!”

Talking about his journey on the show, Jay said, “The auditions for my character-Bunty, were going on in Bhopal, Delhi & Mumbai and I auditioned like everyone else and got selected for this role from Mumbai. The entire show is shot in Bhopal. So you could imagine scenery and culture is incorporated within the story and infused into characters.”

Sony TV's Prime Time show Ek Duje Ke Vaaste Season 2, the promo of the serial is already out and has left everyone curious and this time the plot is quite different from an army-background story.

When asked about the storyline, Jay Thakkar said, “I cannot spoil all the fun. It is as good as the first season, perhaps even better. But I can tell you one thing, the creatives, and writers of the show thought of giving Bunty Miyaan some extra layer of fun and I am really excited about my part.”

Further adding, Jay also expressed his feeling that he is having a wonderful time shooting for the show with the crew. He said. “I am so happy that I got to work with such superbly creative people like Dilip Jha, Uday Berry, Vishal Mehra, Jai Basantu Singh and the entire team of Bindu Moving Images and SPN Studio Next.”