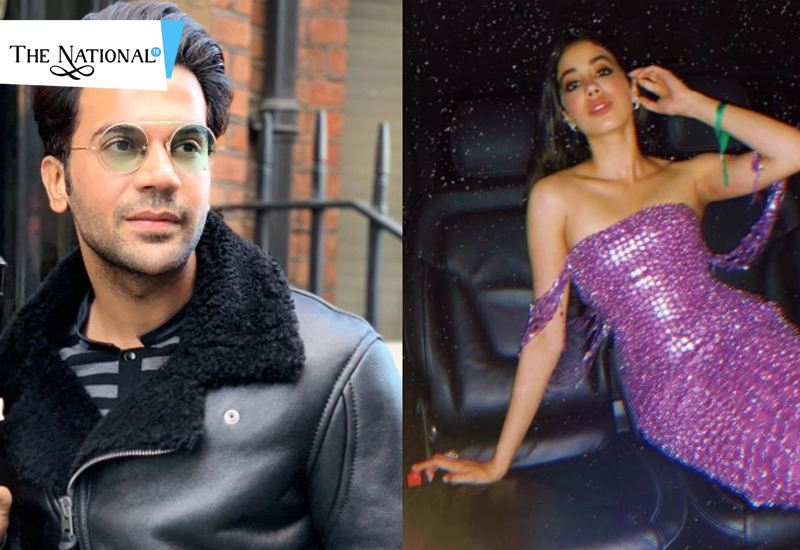 The National Award filmmaker Hardik Mehta has helmed the upcoming movie "RoohiAfza" produced by Dinesh Vijan and have Rajkumar Rao and Jhanvi Kapoor in its lead roles! While this would be another movie for the growing versatile actor Rajkumar Rao, this would be Jhanvi Kapoor's second movie after her debut with Ishan Khatter in Dhadak.

This is a horror comedy that would also star Varun Sharma among other stars. The movie is recently on the floor when the production house took the first announcement to Twitter declaring the shoot on! The film has started its shoot in Roorkee, Uttarakhand and would also continue its shoot in other places one of which happens to be Uttar Pradesh!

Reportedly, in this movie the Jhanvi Kapoor plays two drastically different roles, Roohi and Afsana and the story revolve around a singing ghost who lures the groom to sleep so that the bride can be possessed! Now let us see, how well this movie performs in the box office! This is not the first time Rajkumar Rao is playing such a genre of the movie! Earlier, he was seen playing Stree which had the same genre of horror comedy with Shraddha Kapoor! The movie then was widely accepted and appreciated! Waiting for the reaction of audience towards this time!