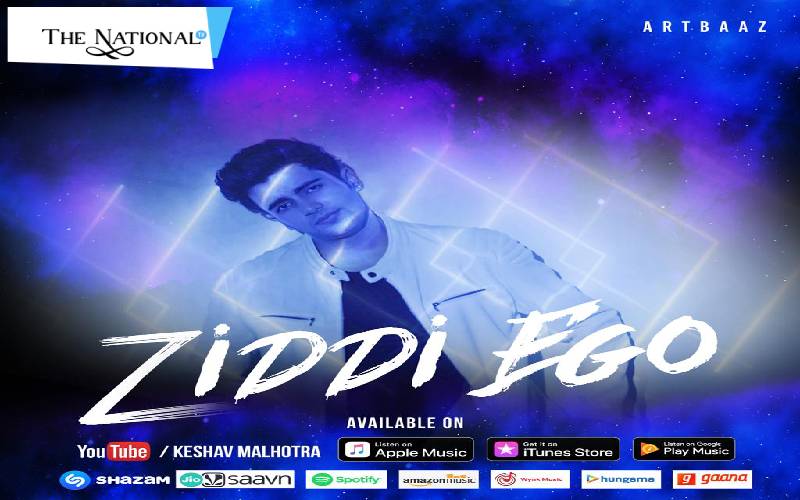 After ruling the charts with his first single, Teri Aankhein, the dapper and talented powerhouse Keshav Malhotra is about to rule the charts again with his new single, Ziddi Ego, which is out today!

New kid on the block, Keshav Malhotra, who is merely a teenager, garners an unprecedented female following, partly because of good looks, easy-going vibe and chilled out attitude, but his music video is something which is a craze among young India. His first single, Teri Aankhein racked up a massive million hits and Keshav was flocked with fans, with his second single ready to go, we’re sure he will hit an even higher mark.

Keshav discovered his singing and composing talent much early on in life, with support and encouragement from folks, and his good looks made him popular all through his school and college life. Career singing came much later in life, but the moment, he got onto the podium and released his song, and rest is history.

With Hospitality Management from NM College, Keshav joined his family business of Holiday Home Rentals along his Bachelor’s Degree in Tourism but his true calling has always been singing and performing. The young and talented Keshav juggles many hats, he runs a successful business, he is well sought after Model and with his singing and composing career on the boom, this little fire-cracker is going places.

With summer’s hitting the high note, Keshav’s new single which is all about attitude and vibe will rock the singing scene. The party anthem is out today, it’s a lounge vibe song with groovy hip-hop beats and vibrant lyrics. The video has the charm and textures to virtually switch your Night Mode ON and set your Vibe for some crazy Late Night drives.