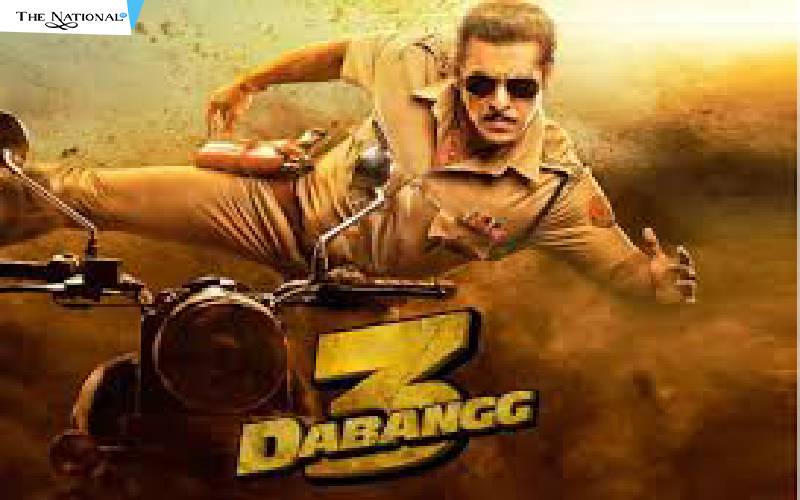 Dabangg3 has all the top most masalas any Hindi Bollywood movie would serve the audience and it is surely an eye treat for the Salman fans all over the places. Isn’t it the extended part of already known ladai-jhagda between the villain and the hero. This the third part of the franchise ‘Dabangg’ and the audience already know the background story of Chulbul Pandey and his family. The audience knows about his service and devotion against ill in the society and society against him and his family.  Chulbul (Salman) spends his average day romancing his wife Rajjo (Sonakshi), troubling his brother Makkhi (Arbaaz) and fighting and reforming goons. All is well, until he busts a prostitution racket and saves a bunch of girls. He has revoked the parts in different groups of goons. Cut to, Chulbul Pandey’s beginnings, a huge chunk of the first part of the film is about his younger days, his love interest – the beautiful and naive Khushi (Saiee) – and the circumstances that urged him to turn over a new leaf and become Robinhood Panday.

These movies starring Salman khan have always been an eye candy for the ladies who love him and are big fan of his toned body. They surely give standing ovations every time his shirt flies away in air. And what else does Salman khan’s movies offer the audience, and female crowd!!! SOOO, YES, he takes off his shirt, flaunts his well-toned, perfectly-greased body and beats up the goons to pulp. The action is raw and solid, however, although some scenes are unavoidable and some are unreasonably stretched for no purpose. While the story is clearly predictable, in this one again, Salman’s star power, swag and style remain intact. And as always the comedy is not so offering and too much emphasized that is isn’t any comedy now. The story is somehow stuck together as sequel for the franchise.

Sudeep is menacing as the baddie, who is out to make Chulbul’s life miserable. The South actor has a great screen presence, which makes the face-offs between Chulbul and him impactful and entertaining. The film that’s primarily about a tussle between the good and the bad men may have less interest of women due to lots of huss and fights. Talking about love scenes, Saiee, who makes her debut as young Chulbul’s lady love, has a pleasant screen presence and is effective, but she could do with expressing more in the emotional scenes. The film, with a runtime of 2 hours and 42 minutes, seems very long and could have done with a much better editing and making it a short term entertainment. And how can one forget about numbers of songs Salman dances on. The memorable ones are 'Munna Badnam Hua' and the title track and one big reason why the songs are getting more hyped, not the movie. 'Dabangg 3' shows Salman in his element – throwing deadly blows at the villains amidst all the smoke, dust and fire, while you can hear chants of Hudd Hudd Dabangg in the background. And those certainly will be paisa-vasool moments for Salman Khan's fans.