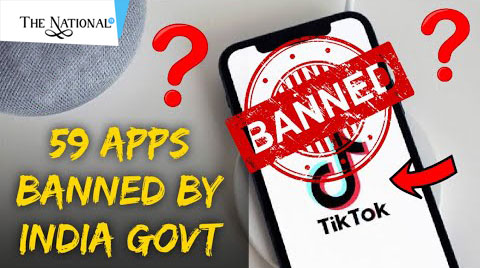 The Indian government has already banned 59 applications, majorly because of the rift between Indian and Chinese troops in Galwan Valley. Ban on these applications is not just a result of a single cause, it is well thought and planned step taken by the government. Those 59 applications which got banned had millions and more engagement from the citizens of India. The sudden ban on these applications which included "tik- tok", which had about 200 million users engagements from India, can be an alarming signal for the Chinese government. As there are still many Chinese brands that have a huge market in India, they can suffer a great loss if China loses its market in India.

This step of the government of India, clearly depicts that this is a warning signal to China after the Galwan valley incident. Reports say that the ban on these Chinese applications has been beneficial to the substitute applications eg. Mitro, Roposo, chingari, etc. Mitron app gained wide popularity soon after the app was launched in India a couple of months ago. The app faced several controversies but has been back on track soon after. Just a day after the Government of India announced a ban on several Chinese apps, Mitron reported its daily traffic jumped up by more than 11 times. Mitron has been downloaded by 17 million users in India currently. Now when we talk about real issues with Chinese applications, there are a number of facts to prove that the ban on these applications was a required step long back.