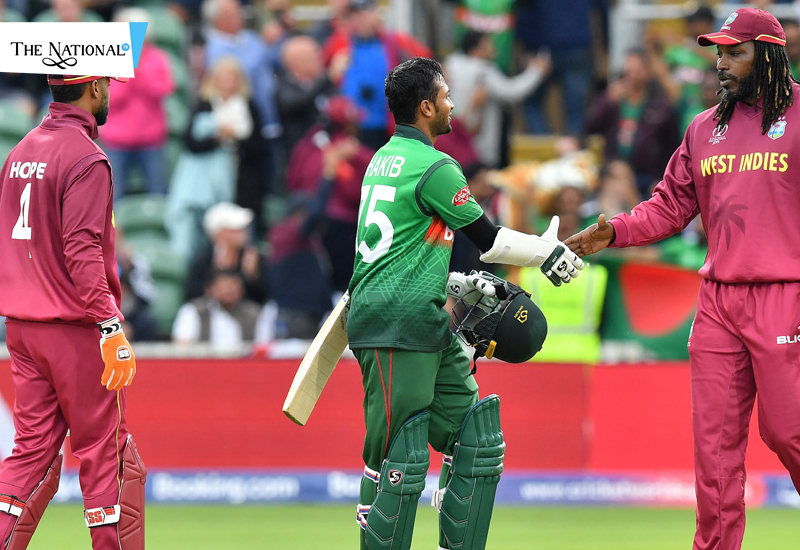 Bangladesh was successfully able to chase down a 300 plus total. it was the first team to do so in the world cup history. bangladesh became the first team to do so. it was because of the centurion Shakib al Hasan and brilliant innings from liton das. this run chase was aided by them through calm and confident dressing room atmosphere.

Shakib scored a second consecutive century in a row as Bangladesh pulled off the second highest run chase in the history to beat the two-time champions west indies by seven wickets. sent to bat first west indies set up a score of 322 for bangladesh to chase. but Shakib and liton das guided their team to a comfortable win with 51 balls to spare.

we have faced some of the best fast bowlers in the last four matches every team has at least two bowlers who bowl 140 kph and we have coped with it.