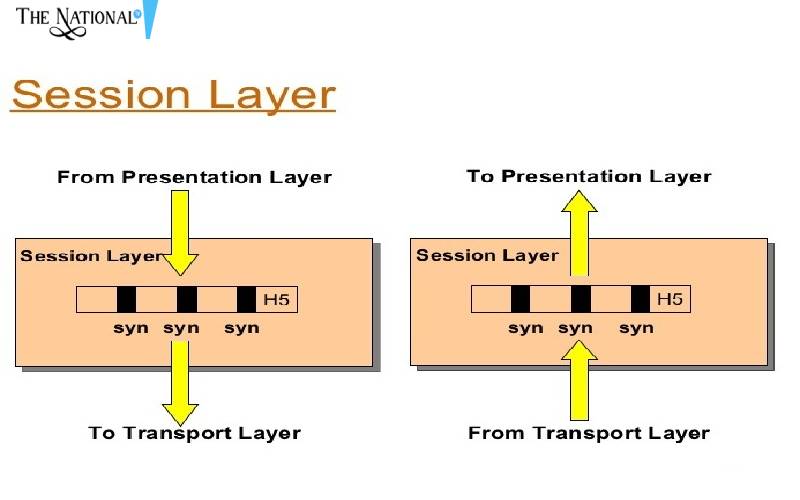 The fifth layer of the Open Systems Interconnection (OSI) model is named Session Layer. It controls the connection and interaction between computers. What makes it a vital part of the OSI Model is that it is responsible for two important functions in the computers; authorization and authentication of a connection between two end-user applications. It establishes the communication between systems and servers through the three communication channels: Simplex, Half Duplex, and Full Duplex. It communicates with the layers above and below it; the transport layer and the presentation layer.

The Session Layer is one of the three 'upper layers', as they are called, and with the two other upper layers, it is responsible for the communication of the applications between hosts. The reason for categorizing these three layers separately from the other four layers is that their role in the model is to build communication channels and they have no knowledge of the process of networking and network addresses. The most known protocols that are used in Session Layer are Domain Name Server (DNS) Protocol, Lightweight Directory Access Protocol (LDAP) And Network Basic Input/Output System (NetBIOS), Remote Procedure Call Control (RPC), Point to Point Tunneling Protocol (PPTP), Session Control Protocol (SCP), Session Description Protocol (SDP).

Services provided by the Session Layer:

1. Management – so many layers and with so many applications and protocols can be confusing especially for the system itself. Session Layer manages the order of the operation in case more than one party is attempting a critical operation at the same time. Opening and closing of a connection or session between end-user applications is also the role of this layer.

2. Authentication – after a request for a connection is made and the address of the sender has been recognized, it is important to identify the source of the request and find out if it is a legitimate one. In simple words, this is a process of verification of the endpoint from where the request was made.

3. Authorization – after authentication comes to the authorization, after the verification of your identity it is important that you receive the permit to establish a session and this is the simple process of that which most probably is the simplest function of the entire model.

4. The failed attempts of communication by the upper layers are fixed by this layer by re-establishing the connection. To understand the session layer, you need to imagine a live stream of a sports program where video and audio come from two different sources but are synchronized to give viewers a great experience.