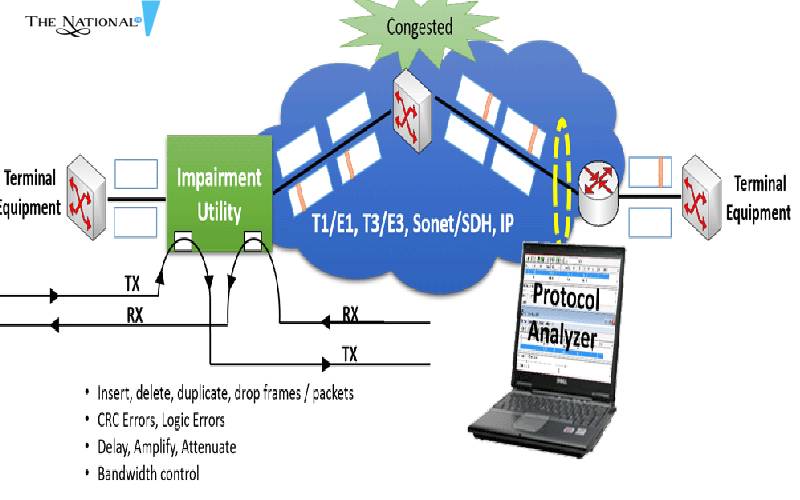 Known by many other names such as Network Analyzer, Protocol Analyzer, and Packet Analyzer, Network Protocol Analyzer is an important sniffing tool in the network administration. Without it your network management is incomplete. It comes in the form of both the software and hardware and is used to do exactly what the name suggests; network analyzing. This analyzing activity happens over a communication channel so the signals and data traffic (including the bandwidth and the pattern) also go under the lens of this sniffer.

The communication channels include computer bus and satellite links or any other channel that establishes communication between two devices of applications using standard communication protocols. Usually, the protocol that goes under the radar is the HyperText Transfer Protocol (HTTP). The motive behind this tool's use is to keep networking infrastructure secure, efficient and productive by finding out if it has been under a cyber attack. It is also an effective tool for troubleshooting and works well with other network protection software such as anti-malware, anti-virus, and firewalls. Other basic functions of this tool include the monitoring and finding out where the bandwidth is being used the most.

For that, it may also have to analyze the flow data like J-flow, S-flow, and Netflow. The main tasks assigned to Network Protocol Analyzer are creating network maps, giving alerts on unusual activities, decoding Secure Socket Layer (SSL) packets, advance filtering, saving data into a disk and capturing data packets from Local Area Network (LAN) and Wi-Fi Adapters. But the list of work doesn’t stop here, it goes on to include functions like highlighting the spots vulnerable to attacks, detecting data traffic for increasing level of data traffic which may be a sign of an attempted cyber-attack, identifying IP addresses and sources of data packets to ensure it is not malicious, testing anti-malware, identifying protocols that should be removed because you no longer need them, etc.

But the most important thing for it to do is analyze a packet decoder. Not only with Firewall and anti-malware but Network Protocol Analyzer also works well with Intrusion Detection System and Honeypots and just like these two it is capable of raising an alarm in case of an attack.

The conditions of raising an alarm are:

• Increase in the error and load levels