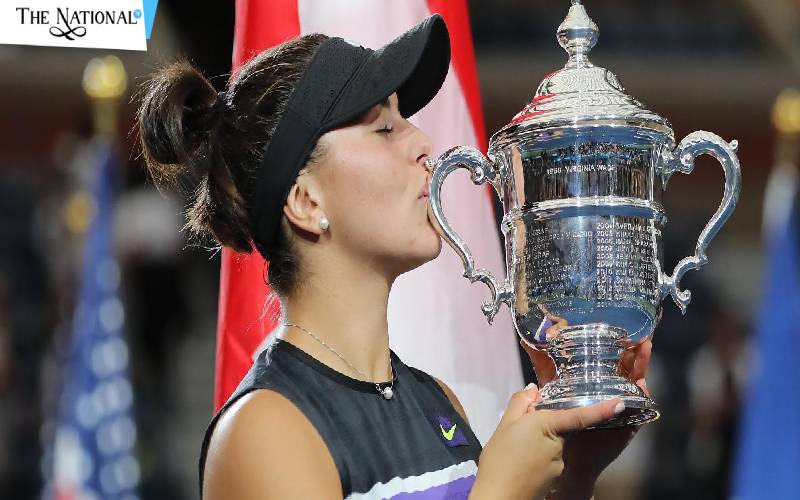 Bianca Andreescu steered herself to history, at the Arthur Ashe stadium, earlier today by being the first Canadian to clinch a Grand Slam singles crown. The 19-year old, 15th in the Women’s world rankings, upset the 23 times Grand slam winner and tournament favorite Serena Williams of the US by 6-3, 7-5 to be crowned the US Open Women’s singles champion. It is interesting to note that she and her compatriot, partner, Sharon Finchman had actually bowed out of the first round of this US Open in the Women’s doubles category.

Bianca Andreescu had earlier won the Canadian Open women’s singles, almost a month ago and in doing so, became the first player in 50 years to bring the title back home, ever since Faye Urban’s win in 1969. Coincidentally, it was Serena again who was her opponent in the finals. Serena had to, however, retire back then, trailing 1-3 to Bianca, but the latter completed the cycle with the famous victory in the US Open Finals. Her US Open journey certainly wasn’t a cakewalk where she beat the likes of former Grand slam winner Caroline Wozniacki, in the third round and Taylor Townsend, who was part of the duo that beat her team earlier in the US Open Women’s doubles.

Though she had only 5 aces against Serena’s 9 in the finals, the differentiation occurred in the number of double faults wherein Serena faltered at 8 faults as against Bianca’s three. Known for an aggressive style of play, Biance broke through into the tennis circuits earlier this year by clinching her first WTA crown winning the Indiana Wells Premier tournament, and that too by entering the tournament as a wild-card.

In clinching the US Open, she has also created new records by becoming the first person born in the third millennium to win a Grand slam title as well as the first women to emerge the victor in her debut US Open tournament.