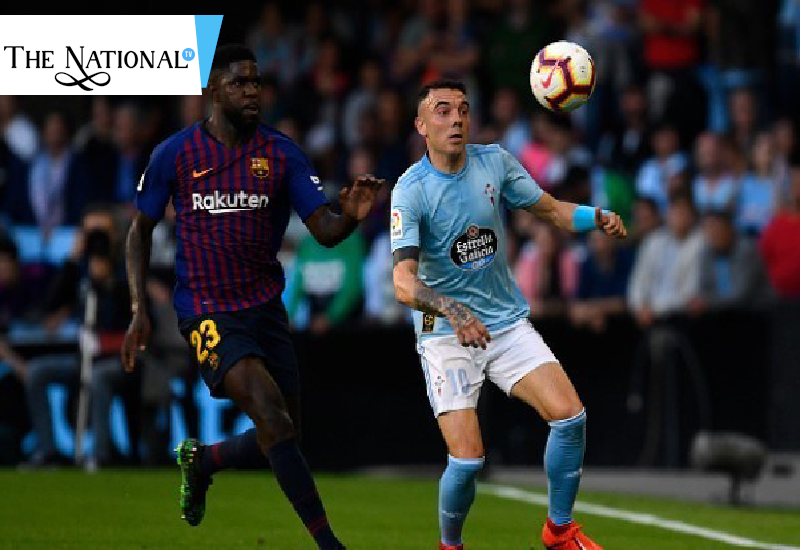 Barcelona fell to their first La Liga defeat since November as the champions were beaten 2-0 at struggling Celta Vigo after making 11 changes. Ousmane Dembele suffered an injury comedown ahead of Tuesday's Champions League game at Liverpool.

Celta is close to a staying another season in La Liga after downing an unrecognisable Barcelona 2-0, which took the field at Balaidos Municipal Stadium with none of its usual first-string players, for an insipid game with little rhythm that was just a process the Catalan squad had to get through before playing next Tuesday at Anfield Stadium in Liverpool.

The win took Celta on to 40 points and a step closer towards guaranteeing survival but it meant 19th-placed Rayo Vallecano became the first team to be relegated, after a 4-1 thrashing at the hands of Levante left them on 31 points from 36 games.

Valverde revolutionised his team on Saturday. Looking forward to the second part of the Champions League semifinal, he did not place on the field any of the players that had defeated Liverpool. All was unprecedented for the La Liga champion, from defense to attack. This never-before-seen squad was damaged even more when a muscle injury struck Dembele just a few seconds into the match. He was immediately substituted by Collado, reports EFE news agency.

The team Celta seemingly scored a goal practically as soon as it got back on the field after the break, but it was not allowed since Araujo was deemed out of play.

Uruguay forward Maxi Gomez gave Celta a deserved lead in the 67th minute, sliding to the floor to divert a low pass beyond Barca's reserve goalkeeper Jasper Cillessen, after the home side saw a goal ruled out for a marginal offside after a VAR review.

Lionel Messi and Luis Suarez were among a number of high profile players to be rested ahead of the trip to Anfield, where the Catalans are aiming to book their place in the Champions League final for the first time since 2015.

"We dominated the game in spells but once they scored and they sensed they could win the game we had no response,” he said.

“We were playing with a lot of new players and it was difficult for us to create chances. We created barely anything in the second half and didn't do nearly enough to score.”