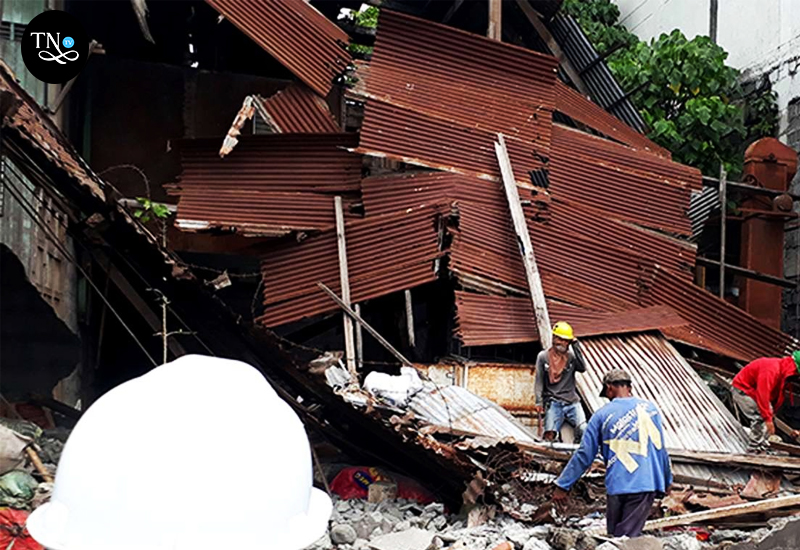 Another powerful quake hit Philippines just a day after a magnitude 6.1 left the country and its people still reeling from the destruction

The U.S. Geological Survey put the magnitude of Tuesday’s quake at 6.4 which hit the province of Eastern Samar in central Philippines. There were no immediate reports of casualties or major damage from the new quake. It immediately prompted the terrified residents to dash out of houses and office workers to scamper to safety. Classes and offices were cancelled in San Julian where reportedly there were cracks on the road and buildings. Damage to buildings and multiple injuries have been reported and three dams in the central Philippines were damaged and are in need of immediate repair following Tuesday's earthquake in Samar.

Monday's earthquake was centered about 60 km (37 miles) northwest of the capital city of Manila, which is home to more than 12 million people. Atleast 16 fatalities have been reported and numerous casualties involved. Search and rescue operations for almost 20 individuals are also ongoing. The earthquake damaged a church in northern Pampanga province and also caused boulders to roll down a mountain, blocking a highway in the region. At least 14 people remained missing in the rice-growing agricultural region, most of them in the rubble of the collapsed supermarket in Porac, while 81 others were injured, according to the government’s disaster-response agency. Rescuers are still working to recover bodies in the rubble of supermarkets and structures that crashed down in Monday's quake.

“We’re all very happy, many clapped their hands in relief because we’re still finding survivors after several hours,” Porac Councilor Maynard Lapid said by phone from the scene, adding that another victim was expected to be pulled out alive soon.

Philippines has frequent earthquakes and volcanic eruptions because it lies on the seismically active arc of volcanos and fault lines in the Pacific Basin.