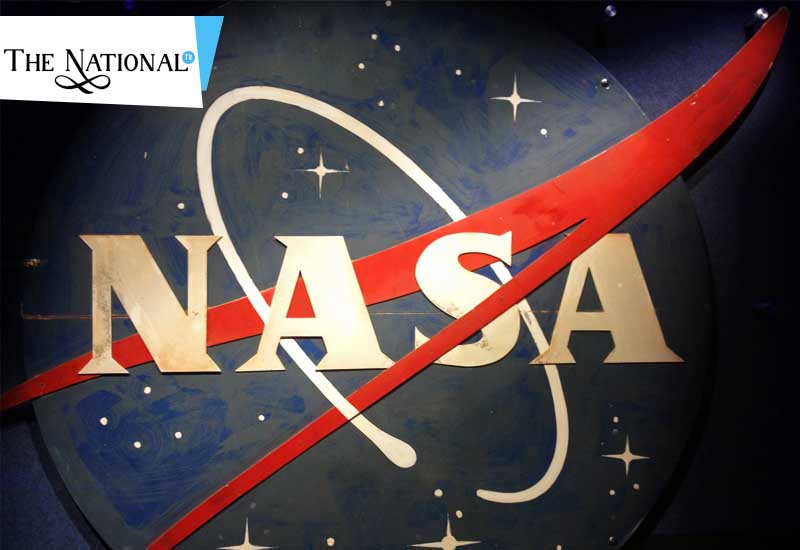 NASA (The National Aeronautics and Space Administration) has described the threat created by the International Space Center (ISS) from the wreckage of India's anti-satellite missile test as horrifying. NASA chief Jim Bridestein said that the satellite that India took to target was broken into several pieces. They say that their number is more than 400 and threatens the International Space Station. In Nasa Townhall, Brideenstein said that most of the pieces born from it are big. He said that NASA has tracked small fragments and large pieces are being searched. He said that such activities are not right for future space missions. Those who said, "60 small fragments of garbage produced from destroying Indian satellites have been identified and 24 of these have gone above the International Space Station." He said, "It is unacceptable. NASA is completely clear about its impact. " The US Army had found pieces of garbage in space and said it was dangerous for the ISS and its satellites. NASA chief said that due to Indian testing, the danger of ISS increased by 44 percent in 10 days. However, this danger decreases with time, because gradually these components are burnt after coming into the atmosphere.

Science journalist Pallav Bagla says on NASA allegations If there is a test, the garbage in the space will increase, but he says that 44% danger has increased, so it is only 1.44%. This is a very minor risk. You can say that 'Huge to the cat after eating a hundred mice.' America has spread most of the dirt in space. America monitors the garbage accordingly. Their number of garbage is more than six thousand, whereas the number of garbage in India is just about 100. There are more than six thousand pieces of garbage in space. China tested anti-satellite missile in 2007. He killed his satellite at an altitude of more than 800 kilometers. Her garbage is also lying in space. There is a lot of danger from him. There are 30 thousand numbers of debris of more than 10 centimeters. America's Central Space Command monitors it with a large radar. Sputnik was launched in 1957. Since then, eight thousand artificial satellites have been sent in space. About 200 satellites are working this time. Of these 800 are from America and some are from Russia and some belong to China. The number of India's current artificial satellites is just 48. The more satellite space that has been sent in space, the more garbage it has produced.

If you look carefully, NASA chief has said in the end that our astronauts are not a threat to this, but there is a certain danger. But the amount of wastes increased by their own activities is much more. What is the space of debris Debris in space is called human objects which no longer has any use in space. According to NASA estimates, almost a debris falls on the earth everyday from space. These debris either fall on the ground or burn with the entry into the atmosphere. Most such debris fall into the aquatic region on earth because about 70% of the Earth's water is water. The wreckage in space missions running for more than 50 years has been present in a large number of space. What is the debris damages by falling I did not hear that there was any harm of the loss of garbage from above. When the fragments of Indian satellite Microsat-R fall, they will be destroyed after entering the Earth's atmosphere. At one time the Chinese space station Thangog had talk of colliding with Earth. But it was destroyed in the ocean without any harm. In 1979, NASA Space Center Skylab was weighed more than 75 tons. There was a lot of panic in the whole world, but it was also destroyed in the sea.

The small things roaming in the orbit of the Earth do not fall down nor go up. Like hung, they roam the same orbit. These debris remain threatened for space shuttle, satellites and space stations. Due to the way the world's space activities have increased during the last 60 years, the debris in space has been increasing. Nearly 18 thousand artificial objects were discovered in the space near the US Strategic Command in July 2016. These included hundreds of artificial satellites. These numbers are of big wrecks. Speaking of small pieces, according to a 2013 study, there are more than 670,000 in the space of one to 10 centimeter size garbage or debris. If there is any piece in space then that danger will definitely arise. There was a lot of danger from the two satellites that had collided in space. Many times during the launch of India, it has been seen that they do take the time back and forth, there may be a particle coming in the way (trajectory) behind. Remedies for reducing harm In the satellites sent in space, there is so much fuel available for 'end of life' that they can be disorganized rockets, satellites, that means they can be placed in the graveyard (churchyard) orbit so that the harm is at least Be there India tracks the wreck of space with multi object tracking radar. Sriharikota has this radar, USA has many such radars and they share their public information.

Some experiments have been made to collect the debris present in space. By placing the net or harpoon in some way by dragging the debris and dobbing them and putting them back on the ground, it has been used. But it is not enough to know how effective it is or how much it will cost. All countries will have to pay attention to it in the coming time. In the initial launches that America and Russia did in the process, they were not given any attention to the waste of space. India has just started launching this. India has also signed the Outer Space Agreement. Indian scientists try to trash it at least. India's in-garbage garbage is only close to 80 There are more than four thousand of the US and more than three thousand of China.