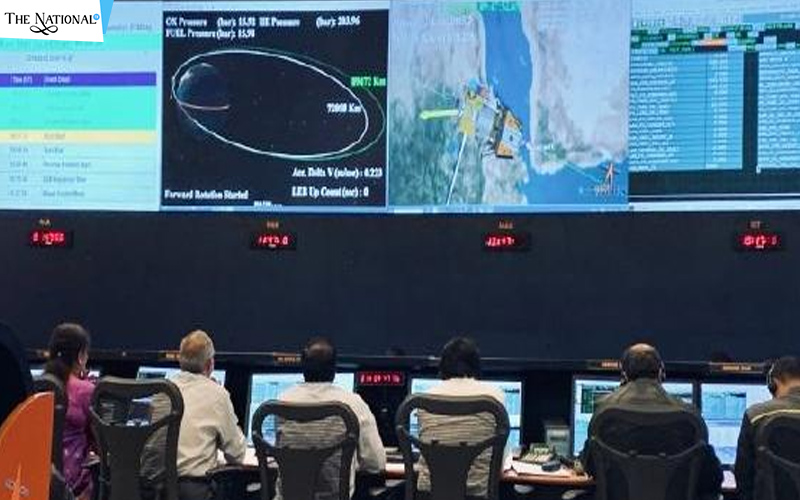 ISRO has successfully placed Chandrayaan 2 into the lunar orbit

In the next phase, on Sept 2 Vikram the lander will divide from the orbiter

On Tuesday morning, ISRO has successfully plant Chandrayaan 2 into the lunar orbit completing an important hurdle in India’s fight to reach the moon.

Isro said that the major feat was achieved after Chandrayaan 2’s liquid engine was fired for approx. 1738 seconds. Isro said in an official statement, “the health soundness of the spacecraft is tenuously seen from the Mission Operations Complex (MOX) at ISRO Telemetry, Tracking and Command Network (ISTRAC) in  Bengaluru with support from Indian Deep Space Network (IDSN) antennas at Bylalu, near Bengaluru. All the systems of Chandrayaan 2 are healthy."

The space agency updated that next lunar bound orbit maneuvers are to reach on Wednesday, Aug 21 from 12:30 pm and 1:30 pm. The ISRO chairman K Sivan later said the orbit entry of Chandrayaan 2 had happened perfectly on Tuesday morning at 9:30 am while addressing the media. He also said the lunar craft had a slope of 90 degrees for landing and now in the vicinity of the moon it is moving.

The ISRO so far now has achieved five earthbound orbit maneuvers. IASRO used the onboard propulsion system for firing the liquid engine for the duration of 1041 seconds. Now the Chandrayaan 2 will only perform 4 more maneuvers to enter the final orbit before the all-important landing on the lunar surface on Sept 7, 2019.