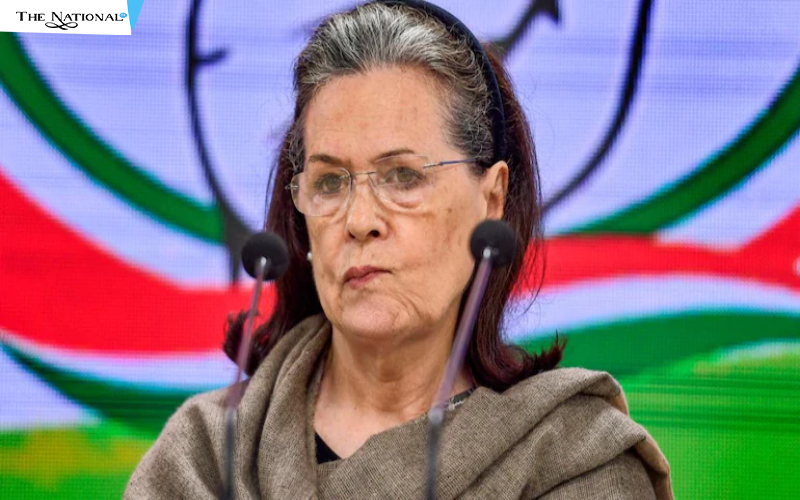 Sonia Gandhi will remain as Congress party's interim president for now and the new chief will be elected within the next six months, the party decided on Monday. This decision was taken at the eventful Congress Working Committee meeting that concluded after seven hours on Monday. Congress Working Committee urged Sonia Gandhi to continue as interim party chief and to bring changes to strengthen the organization, PTI quoted sources. "Members expressed faith in Sonia Gandhi and Rahul Gandhi & urged her to continue leading the party and she agreed. The next meeting will be called soon, probably within the next six months, to elect a new chief. Till then, Sonia Gandhi agreed to remain, interim president," said P.L. Punia, a member of Congress Working Committee. "Madam (Sonia Gandhi) has to continue and the election will take place as soon as possible which is the unanimous decision of the working committee," Congress leader and CWC member, K.H. Muniyappa told ANI.

Sonia Gandhi had offered to step down as interim president following a letter by more than 20 leaders demanding an "active, full-time and visible" president. Though a large section of the leaders backed Sonia Gandhi at the even-hour virtual meeting of the Congress’ highest decision-making body to discuss the pivotal leadership issue, the faultlines were clear and appeared to deepen at some points as the day progressed. Former prime minister Manmohan Singh led the demand for Sonia Gandhi continuing as Congress president and leader after leader echoed him while attacking the letter writers, particularly Ghulam Nabi Azad, the senior-most signatory, and a CWC member, sources said. P Chidambaram suggested the holding of a virtual AICC session to start the process of holding elections for new party chief.

However, the stage seems set for the CWC endorsing Sonia Gandhi continuation as party chief, with the letter writers isolated and under attack from several leaders. The meeting was attended by 48 leaders. Former president Rahul Gandhi, it is learned, launched a sharp attack against the signatories, questioning their timing as well as the fact they went public with their grievances. He also rued the fact that the letter – seeking sweeping changes to the party organization and elections to the CWC -- was written when Sonia Gandhi was in the hospital and the party was battling a political crisis in Rajasthan.