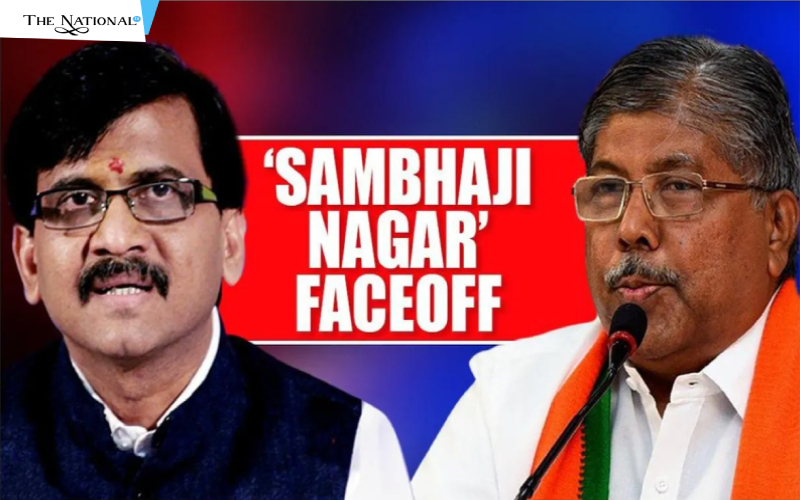 The Bharatiya Janata Party (BJP) has hit out at the ruling Congress and the Shiv Sena over renaming Aurangabad city as Sambhajinagar. The party said it was just a game of political ‘arm­wrestling’ between the two coalition partners of the ruling Maha Vikas Aghadi (MVA) government. BJP leader Devendra Fadnavis said the Sena typically kicked up the emotive ‘Sambhajinagar’ issue just before local elections, only to jettison it's soon afterward. “It hardly matters if the Congress opposes or supports the renaming issue. However, the Sena conveniently raises it before any election, and then just as conveniently sets it aside,” said Mr. Fadnavis.

On Thursday, Maharashtra Pradesh Congress Committee chief Balasaheb Thorat ruffled feathers by remarking that his party would strongly oppose any proposal to rename Aurangabad. He said changing names of places was not a part of the Common Minimum Programme of the MVA government. “If any proposal about renaming Aurangabad as ‘Sambhaji Nagar’ comes up, then the Congress, despite being part of the MVA, will oppose it strongly as our party firmly believes that such actions do not lead to any development,” Mr. Thorat had said.  Meanwhile, BJP State president Chandrakant Patil said the friction between the Congress and the Sena over the renaming issue was clear proof of the sheer lack of cohesion between the MVA partners.