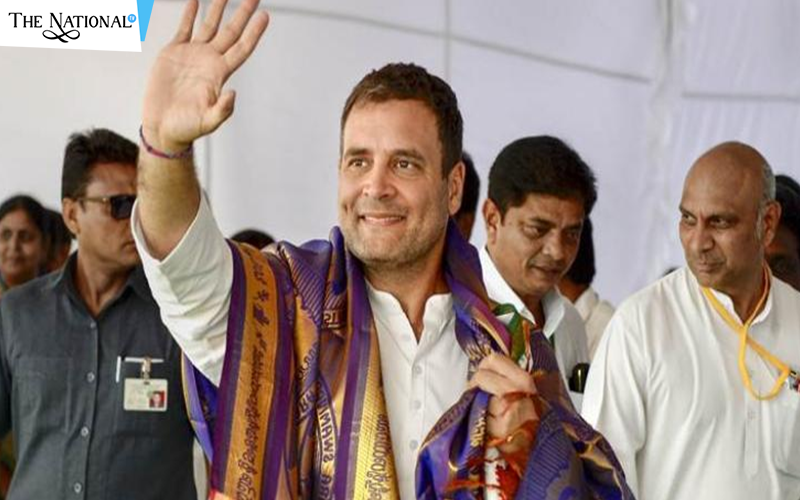 The election battlefield in Kerala has changed with a single move - Rahul Gandhi's candidature from Wayanad. When the Congress made it official last week, the spotlight was on the hill district's geography - Wayanad is at the tri-junction of Kerala, Tamil Nadu, and Karnataka. Congress is hoping that Rahul's candidature will influence its support base in not one, but 3 Southern states.

Congress leader Rahul Gandhi is expected to visit his flood-ravaged constituency of Wayanad on August 11, party sources said.
Eleven people have so far lost their lives in the hilly district of Wayanad in the monsoon fury, where many are feared missing in a landslide.
"Probably going to Kerala tomorrow. I don't want to disturb the rescue missions there. I will there for two days. I have spoken to the Prime Minister, (Kerala) Chief Minister, District Collector and Congress workers of the state," Gandhi told reporters in New Delhi.

Congress party sources here said Gandhi is expected to visit Kozhikode, Wayanad and Malappuram, the worst affected areas.
A total of 42 people have so far been killed in rain-related incidents in Kerala and 1.25 lakh people have taken shelter in relief camps.

Chief Minister Pinarayi Vijayan told reporters that Wayanad was one of the worst-hit districts in the state.
Meanwhile, C K Sassendran, MLA said rescue teams have found nine bodies and 18 were still missing in a landslide at Puthumala in Meppadi in Wayanad district.

"We held a meeting with the ward members and others and took a list of the persons of that area. A rescue team found nine bodies. 18 persons are still missing," he told reporters.

Incessant rains and massive landslides have turned Puthumalainto a pool of mud and filth, uprooting trees and washing away all signs of an inhabited village.

A large number of houses and other buildings, including a temple and a mosque, were destroyed.
A portion of a towering hill came down completely and huge mounds of earth between two hills caved in, grounding every structure in the valley, eyewitnesses said.

Over 100 acres of land and plantations and structures have reportedly been destroyed.
Wayanad Lok Sabha constituency was one of the worst affected in the 2018 August deluge.