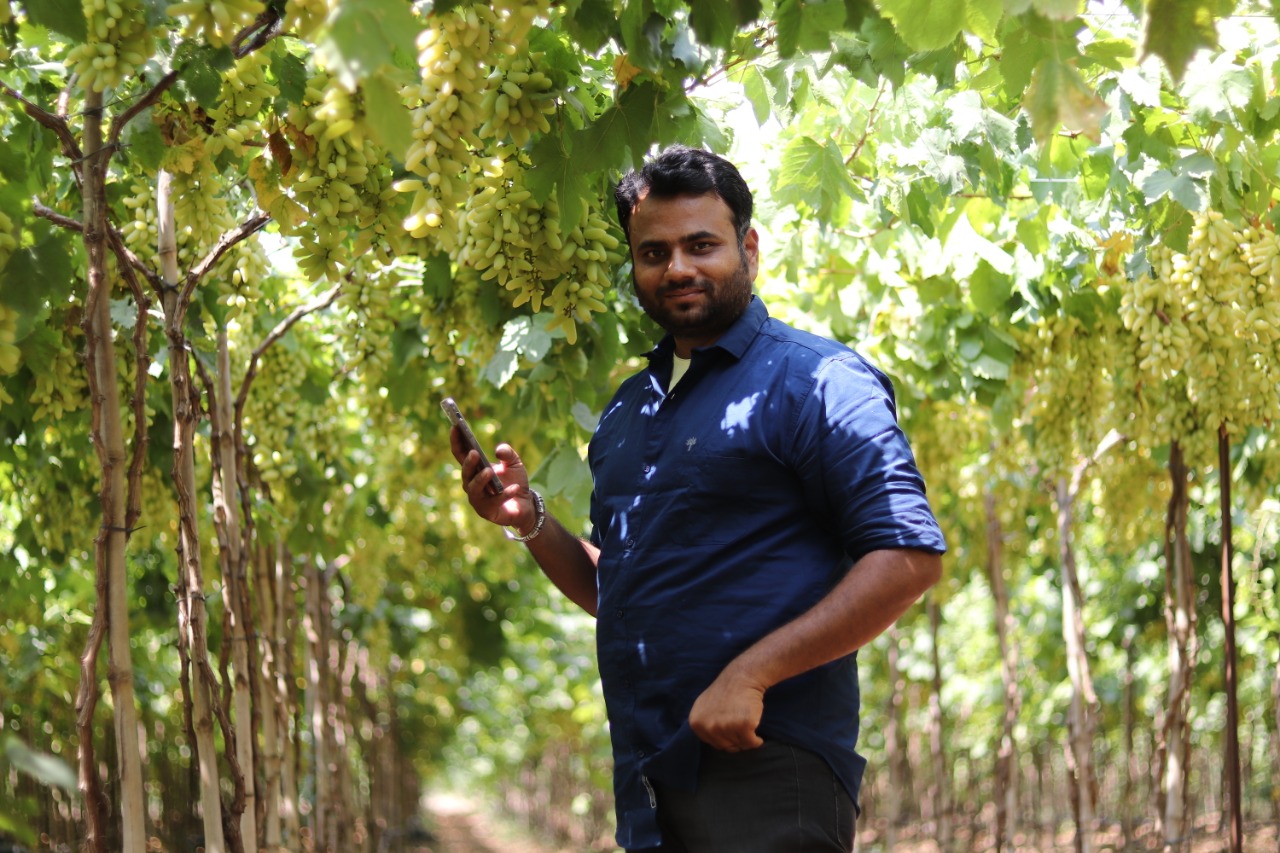 Arun Chavan, who’s been hailed as a ‘Young Innovator,’ is India’s leading grassroots YouTuber stirring a powerful movement in the agricultural and tech space.

A native of Sangli, Maharashtra, Arun Chavan is a mechanical engineer reimagining how one does farming in the 21st century. During his career in robotics and automation, where he worked with prestigious companies such as Motorola, Lenovo, Philips, Bajaj and more, Chavan engaged with the concept of bio mimicking — the study of nature to find modern solutions. It led him to return to his village and start farming.

Providing clear insight and instructions into how one can grow Indian cereals, vegetables and fruits, Chavan has fostered a community of almost 200K people and 19 crore views as Farming Engineer on YouTube. For almost a year now, Chavan has been bridging the divide between education, innovation and farmers through the digital sphere. From deconstructing how to make Sabudana and explaining the reasons behind the recent farmer protests as well as breaking down modern techniques to cultivate better crops, Chavan has enlightened viewers on how to make their food and where their food comes from.

Hailing from an army family, Chavan completed his degree in mechanical engineering from the acclaimed Sinhagad Institute in Pune. A designer and inventor at heart, Chavan loved to solve complex problems through robotics and automation. During his time as a student, he went on to work with a few German companies in order to develop a sensor as well as patent a technology that extracts hydrogen gas out of water with his friends. For this feat, they were awarded the Young Innovator Award by Z Media in 2016.

Noticing a huge gap between the farming community and youth like himself, especially those who lived in the cities, Chavan started Farming Engineer on YouTube in December 2020. As there was no medium available to explain how everyday products are grown, processed and made, he decided to share his knowledge on the Internet. Within a few months, he amassed a sizeable subscriber base that was tuned into his powerful and educational farming content.

Leading a revolution in farming, Arun Chavan is empowering individuals with the knowledge they need to build and understand their nutrition. He’s the face of a conscious movement that aims to understand and invest in health and farming. An agricultural tour de force, Chavan is redefining how India approaches and consumes its food.