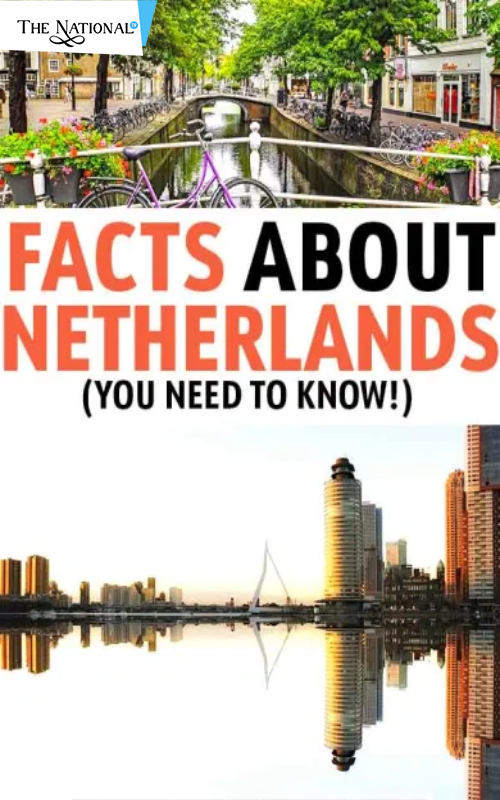 1. Flat as a pancake The Netherlands is a flat country. The highest point is the Vaalserberg which tops out at 322.7 meters above sea level. It is in the province of Limburg and is referred to locally as a “mountain”. In total, around 20% of the country is located below sea level.

2. It has more bikes than inhabitants The Netherlands has 17,181,000 inhabitants. In comparison, there are 18 million bikes in the country. The Dutch cycle an average of 2.9 km per day. Cycling in the Netherlands is the safest in the world. They have the lowest incidence of serious injury per million kilometers cycled. This is thanks to 35,000 km of excellent cycle lanes. In general, bikes are afforded the same respect as cars.

3. A tale of two cities The Netherlands has two very important cities. Amsterdam is the official capital as enshrined in the constitution since the 19th Century. The Hague is the seat of government and its first capital from 1584. Both cities are well worth a visit.

4. Famous windmills all over the country The Netherlands still has about 1,000 traditional working windmills. In 1850 there were around 10,000 windmills but today only 1,000 still stand. Windmills are often the first thing to pop into people´s minds when they think about the Netherlands. One area is very famous for its windmills: The Kinderdijk area is a UNESCO World Heritage site and home to 19 traditional windmills.

5. Everything is orange on the King´s birthday is a public holiday in the Netherlands and is celebrated on 27th April. On that day, the royal family visits one of the cities in the country on King’s Day and they are entertained with performances. The national flag and the colors red, white, blue, and orange are widely displayed on King’s Day. Many people dress up in the national color orange. Nearly everyone is out celebrating on that day, and parties are held everywhere.

6. Dutch people are the tallest Dutch people who are very tall, especially the men. With an average height of 184 cm, Dutch men are the tallest in the world. In worldwide comparison, Dutch women are in second place with an average height of 170 cm. According to researchers, this is not due to Dutch DNA. Many environmental factors such as low social inequality, universal healthcare, and good nutrition contribute to this number. And the Dutch consume a lot of dairy products.

7. Coffee lovers The Dutch are the world´s biggest coffee drinkers, right after the Scandinavians. On average, the Dutch drink 140 liters of coffee a year.

8. Home births are not unusual In most countries women give birth to their babies in hospitals. In the Netherlands around 20 to 30% of babies are born at home, resulting in one of the highest home birth rates in the world. This is partly due to the Dutch attitude. Women do not want to medicalize birth. Furthermore, the costs of home birth are much lower compared to hospital births.

9. Amsterdam a city built on piles Amsterdam has 1,281 bridges and is completely built on wooden piles. These piles are driven deep into the clay, peat, and water until they reach the first layer of solid sand. Nowadays reinforced piles are used, but most buildings in Amsterdam´s historic center rest on timber piles. The Royal Palace at Dam Square is built on 13,659 wooden poles.