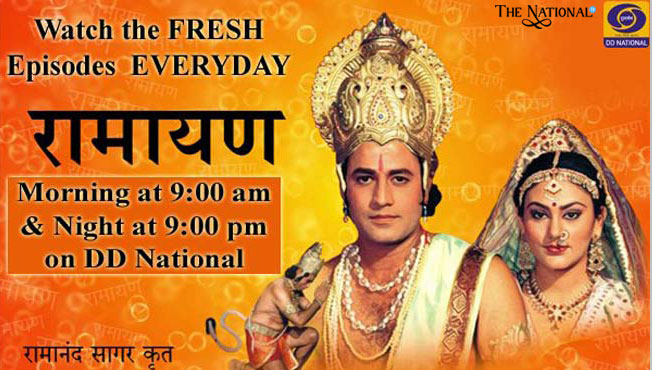 Ramanand Sagar’s Ramayana has broken all the records of TRP with 17 crore people’s viewership in just 4 days. Now, it has become the most-watched show of all time. 33 years ago when Ramanand Sagar decided to run Ramayana on TV then he was not sure because, at that time, TV was not considered to be a profitable medium. But, he went on with his decision and as Ramayana went on-air, it changed the face of Indian TV. Its popularity is so huge that even today some temples in India have photos of the cast members as RAM, LAKSHMAN, SITA, and HANUMAN.  When the show used to come on TV then the roads seemed to be empty and now when people are locked up at their homes during the COVID-19 outbreak then Ramayana has become their companion at 9 both in the morning and evening.  Ramayana has huge popularity not only in India but in other countries as well. Ramayana itself has many interesting stories but Ramanand Sagar’s Ramayana has some beautiful and exciting facts that make it more interesting.

Here’s a look at some of the facts that have made Ramayana so popular in today’s time:

Thus, this serial has created history and even today it is the most-watched and has become the favorite of the nation. However, Ramanand Sagar died on 12 December 2005 but he’ll be always remembered for this serial and the serial will always be immortal.