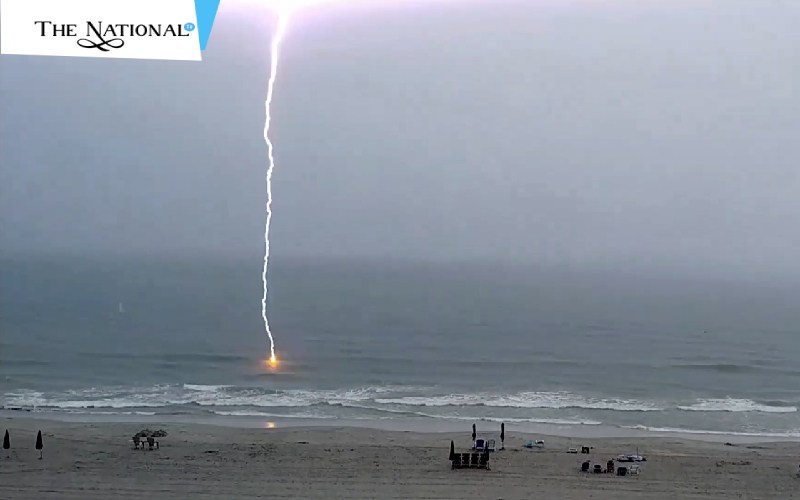 Before describing the danger of lightning for swimmers, I would like to remind you that in the presence of a thunderstorm, beyond lightning, it can still be very dangerous to stay in the water: the wave motion, due to the gusts of wind, can increase sudden and consequently if you swim offshore it can be difficult to reach the shore. At the first signs of a thunderstorm, it is good practice to get out of the water immediately and also leave the beach and take shelter indoors.

Beyond power, we know that water is an excellent conductor of electricity so that if lightning strikes the surface of the sea or lake, the discharge spreads in all directions. Consequently, the fish and people who are near the surface and the affected point are very vulnerable, but already a few meters from the point of impact, precisely because the current in the water disperses quickly, the possibility of being electrocuted decreases significantly. This does not mean, however, that the danger has escaped!

The shock wave that arises when the lightning strikes the surface of the water can be tremendous: in fact, the energy of the lightning is partially transformed into heat, (the highest temperature measured in the lightning channel for one-millionth of a second is 30,000 ° C. About five times warmer than the surface of the Sun! This immense heat heats the water and vaporizes it instantly, creating a shock wave that will propagate for a few tens of meters comparable to the explosion of a bomb. So even those who are not directly struck by lightning are not necessarily safe: the risk is to be stunned and to drown due to the inability to swim to the shore.