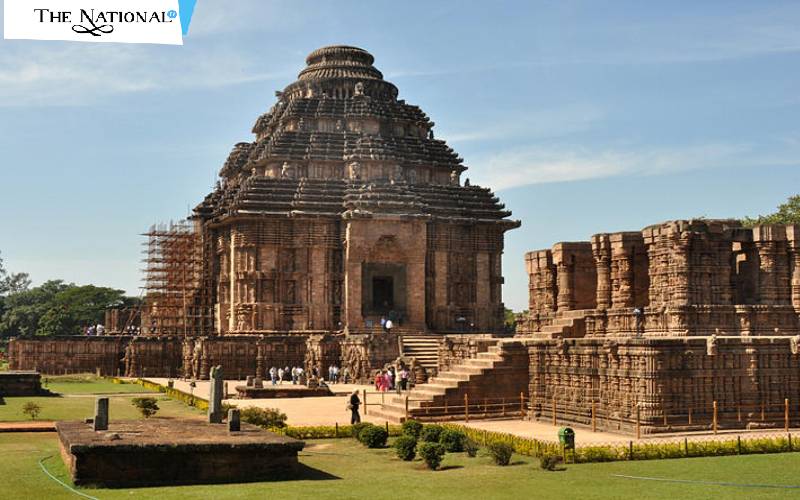 The temple of India is famous for its unique architecture. The Konark Sun temple is one such wonder which you would find interesting.

The Konark Sun Temple is the most popular tourist destination in Orissa and has been a World Heritage Site since 1984. It is located in the village of Konark, which is 35km north of Puri on the coast of the Bay of Bengal. The Sun Temple at Konark was built in about 1250 AD by the East Ganga king Narusinhadeva. The name Konark derives from the Sanskrit word "Kona" and "ark" which means "angle" and "sun" respectively.

Let's start the interesting facts about The Konark Sun Temple.......

The Temple is shaped in the form of a huge sun chariot. This chariot is drawn by 7 horses. Sun is the source of light and that is white light.VIBGYOR ==white Voilet + indigo + blue + green +yellow + orange + red ==white So all 7—horses represent each colour of the VIBGYOR. So many peoples tell that these seven horses represent 7 days of a week.

The 12 pairs of a wheel of the Konark Sun Temple represent the 12 months of a year. The wheels that are found at the base of the temple, showtime.

The Spokes of Each Wheel:

As the temple was built like a chariot of Sun god. The wheels of the chariot have a lot of engraved artwork around its axis and peripheries. There are 24 wheels fixed to the temple and is of 9 feet 9 inches in diameter and they are having 8 spokes. All stone wheels are full of engraved artworks. Out of 24 wheels, 6 are in either side of the main temple, 4 wheels are on each side of the Mukhasala and 2 wheels on each side of steps at the eastern front. The 24 wheels signify 24 hours of a day and the 8 spokes signifies prahars ( three hour period ) of a day. Konark Wheel is used in Government of India official symbol and in some currency notes of Indian rupees.

The Magnets and the Floating Idol:

The most popular theory associated with Konark Temple is the magnets & the floating idol in the air. There is a lodestone at the top of the temple was said to be a massive 52-ton magnet. The magnet effect of the lodestone was so strong that it caused a disturbance in the ship's compasses those passed by the coast, thus making the navigation very difficult for the sailors. To save their trade and their ships, the Portuguese sailors destroyed the temple and took away the lodestone. The removal of the lodestone leads to the collapse of the main temple structure.