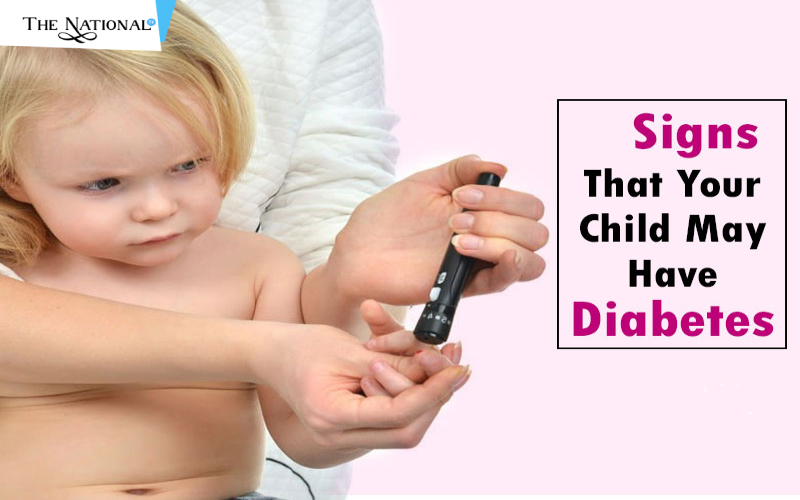 Diabetes is a life-threatening illness that would have undermined the whole body of a person. Nowadays due to changing diet and lifestyle, this disease is spreading very fast. Where in earlier times this disease was seen in the elderly. At the same time, now this disease is being seen at a young age or childhood. According to physicians, diabetes disease cannot be eradicated, but it can be controlled. If the diabetic patient takes special care of his diet and routine, then he can live a long life along with controlling it.

However, even the slightest carelessness about it can put their lives at risk. Diabetes worldwide the number of patients is increasing instead of decreasing, the fact is that this disease is being seen in the newborn as well. Yes, type-1 diabetes or neonatal diabetes can occur at an early age. Even the eyes and kidneys of children are severely affected due to Mudhameha. At the same time, today we tell you about some symptoms that can be used to identify diabetes in children. Let us tell you that diabetes in children is called juvenile diabetes.

Usually, only two types of diabetes are seen in children, and most of them type-1 diabetes has been seen. Children who have type-1 diabetes are suffering from not have insulin in their body or it is reduced significantly. Due to the lack of insulin in the body, many times children have to be injected with insulin throughout life. This type of diabetes can still be controlled. If you talk about type-2 diabetes then it is a kind of advanced stage. In this, the weight of the patients increases excessively and aggressively. In this situation, the blood diabetes level rises very high. To control this one has to take special care of his food. At the same time, it is still a matter of research when it comes to type 3 diabetes. Research related to the disease has revealed that this usually happens when a person's brain starts producing insulin resistance chemicals.

Symptoms of diabetes in children:

1. High thirst- According to doctors, when the level of sugar in children increases, they feel more thirsty. In such a situation, he likes to drink cold drinks besides water. There is a risk of increasing the amount of sugar in the body. If your child is consuming too much water and is feeling thirsty every minute, then please consult the pediatrician once.

3. Excess of hunger and loss of weight- If your child's hunger has increased more than normal, but weight is not increasing then do not ignore it. This is because it can also be a symptom of diabetes. Actually, in diabetes patients, energy starts decreasing and then they start feeling more hungry. In such a situation, children who become diabetic or start getting started in them, then such symptoms are seen.

4. Always fatigue and weakness- Insulin is lacking in the body during diabetes. This makes children feel weak and tired. At the same time, if your child also sees such symptoms, then you should contact the doctor without ignoring it.

6. Mood Changes- Symptoms of diabetes include mood changes. The mood of a child who becomes a victim of diabetes keeps on changing again and again. Anytime they start becoming happy, irritable, or sad.