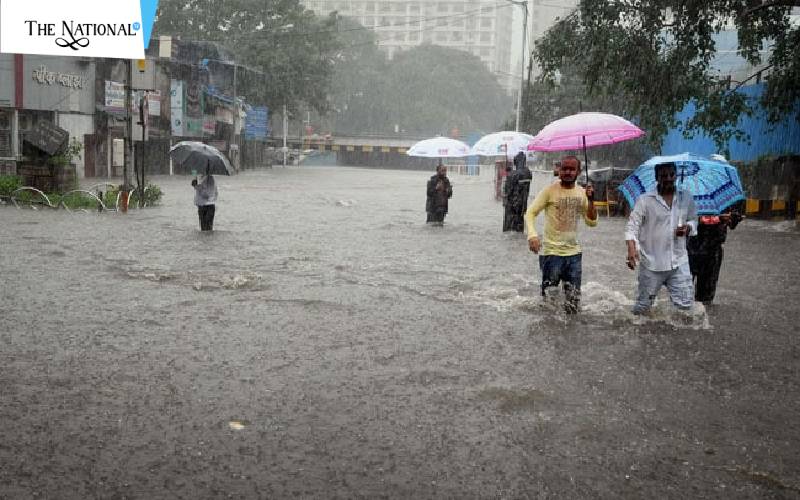 Mumbai has an extension of the sea on Wednesday as unprecedented rains have flooded all over Mumbai. The flight was delayed, homes completely flood and causing a traffic jam. Long-distance trains were canceled. The Meteorology office sent an alert that the next 24 hours, the situation will worsen. Yuva Sena chief Aaditya Thackeray said the city has witnessed the "heaviest rainfall so far, with the total rainfall mark exceeding the whole of September in just about 30 hours".

The rain has started overnight causing water-logged all over Mumbai. A lot of people were seen moving in waist-deep water. The Santa Cruz observatory said extremely heavy rainfall of 206.6 mm recorded over six hours till 2.30 pm. At the Chhatrapati Shivaji International Airport, no major air traffic disruptions were reported; however, flights were delayed. "Operations are so far normal with minor delays of 10-15 minutes," an airport official said this morning.

THE FORECAST SAYS THAT THE RAIN WILL CONTINUE NEXT 24 HOURS. WILL MUMBAI  SURVIVE HEAVY RAINFALL.