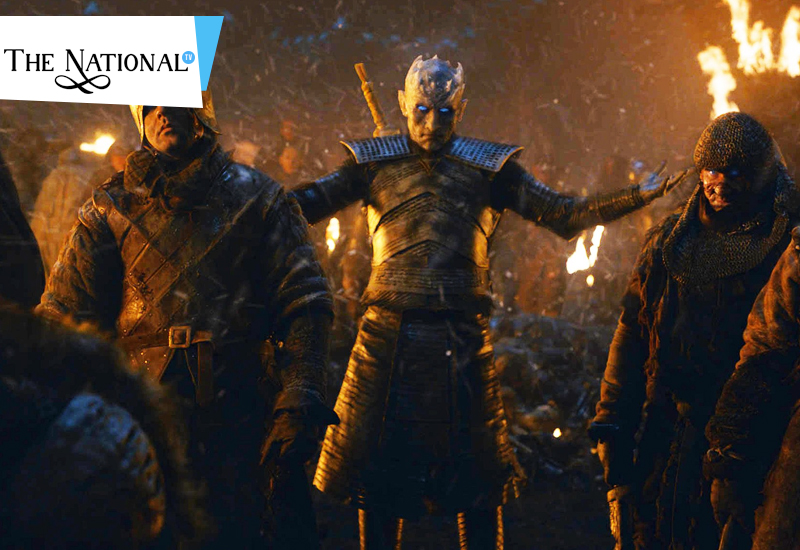 This April was an exciting month for the series and movie lovers. There were two huge releases that hit off the screens. One was the most awaited Avenger's Endgame and the other was Game of Thrones Season 8. Both the releases have a very wide fan following and with unimaginable plots in the previous editions of releases, fans were eagerly waiting for the releases.

Game of Thrones has been one of the most favourite American TV Series running successfully since 2011. The way the series has been accepted wholeheartedly despite its every controversial topic, do tell us a lot about its cinematography, story and suspense.

The season 8 is the final season of the series with just 6 episodes where the latest release was the third episode, which was titled as "the long night", portraying the war in Winterfell, against the White Walkers. The episode was the most waited for one with several fan theories and conjectures. The surprising thing was none of the fan theories worked, and the major twist in the storyline left many fans gasping out in surprise. Such an unexpected climax to the war was never expected thus which was loved by a percentage of people, was also severely criticized by a lot of others.

Hence, the review aggregator Rotten Tomatoes after collecting information ranked it 75 %, ranking it to be the second worst episode. If you are wondering which is the number one, then it is the episode "Unbowed, Unbent Unbroken", the episode that portrayed Sansa Stark's getting married to Ramsay Bolton and thus raping getting raped. The episode bagged many criticism and controversy and was also quite disliked.

A percentage of 75% is not a bad review for any other series, but for a show like GOT this is not an expected review percentage where 22 episodes have a cent percentage Rotten Tomatoes rating out if which 8 of them are of the first season itself

Apart from the twists, the episode was heavily criticized about its dark cinematography, most viewers complaining of blurred sight, and not being able to see things happening around. The cameraman of this episode was Fabian Wagner, the man behind the lens for the episode explained the much-criticised dimly-lit cinematography.

He clarified by saying:

"A lot of the problem is that a lot of people don’t know how to tune their TVs properly. A lot of people also, unfortunately, watch it on small iPads, which in no way can do justice to a show like that anyway... If you watch a night scene in a brightly lit room then that won’t help you see the image properly, the showrunners decided that this had to be a dark episode. We’d seen so many battle scenes over the years – to make it truly impactful and to care for the characters, you have to find a unique way of portraying the story. Another look would have been wrong. Everything we wanted people to see is there"