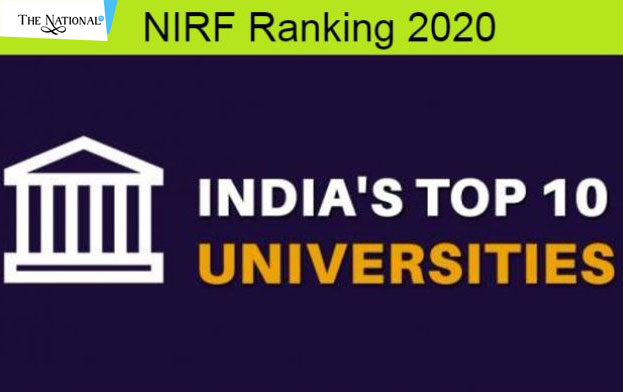 Annual rankings by the ministry of Human Resource and Development (HRD) have put IITs and IISc in the top rankings of institutes to promote ‘Study in India’ and give quality education to Indians. In the list of top 10 best universities, the Indian Institute of Science, Bangalore has achieved the first rank followed by Jawaharlal Nehru University (JNU) and the third rank is bagged by Banaras Hindu University (BHU). Last year as well, IISc had bagged the top title in the rankings.

Under the ranking framework prepared by the Ministry of Human Resource Development (HRD), universities and higher education institutes across India were assessed on various parameters like teaching, learning and resources, research and professional practices, graduation outcome outreach and inclusivity, and perception.  The basis on the above parameters the colleges and universities were then ranked. This year dental colleges were ranked in a separate list.

The list of top 10 universities in India is as under:

The ranking framework has released several lists including one overall list of top Indian higher education institutes (HEIs) and several subcategories based on the stream and nature of institute. The NIRF rankings will be released for a total of 10 categories – Overall, Universities, Engineering, Colleges, Management, Pharmacy, Medical, Architecture, Dental, and Law.