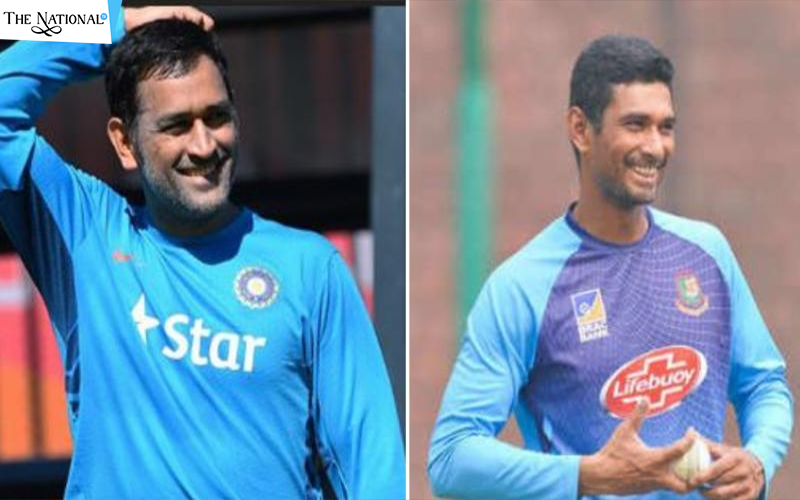 Bangladesh batsman and now, captain of the side Mahmudullah is among the most reliable players in the world. He has been a consistent run-getter for his team and has also led them to many victories. Now, as a captain, he has a responsibility to raise the level of his team's performance. Whether he succeeds or not remains to be seen. But one person in India has seen enough to compare the leadership of Mahmudullah with the Indian legend Mahendra Singh Dhoni. Speaking on host broadcaster Star Sports' show, Irfan Pathan made this very interesting observation. "When you win a match against one of the best teams in the world, it helps in boosting your confidence and Mahmudullah had shown great qualities of a captain including the changes he made during the match.

There was a hint of Mahendra Singh Dhoni in his captaincy as he also used part-time bowlers after the power play which is a strategy often used by Dhoni," the all-rounder stated. This comment may seem very pre-mature since it was made after just one match where Mahmudullah led the side. But Pathan is a veteran of Indian cricket and has seen the captaincy of Dhoni up, close and personal. If he finds some affinity in the way the current Bangladesh skipper leads his side and the way MSD rallied his troops, then it has to be given some value.