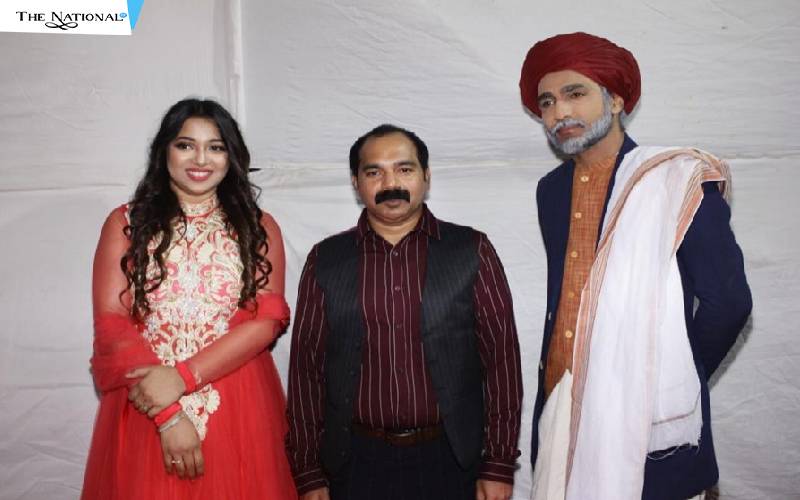 On the auspicious occasion of Savitribai Phule’s 189th birth anniversary, the announcement of the film ' Mahatma ' was held in Mumbai on Friday evening in the presence of producers Aishwarya Yadav and Kaushik Reddy along with the lead actor Dhruva.

Dhruva Karunakar, who debuted with blockbuster action-thriller Telugu film Ashwamedham in 2018 is now all set to play India’s social activist, writer, and thinker Jyotiba Phule in the film titled as Mahatma. The film is based on the life of mahatma Jyotibha Phule and Savitri bai Phule who led the foundation of women's education in India.

The producers also felicitated the honorable Mayor of Mumbai, Smt. Kishori Pednekar as she graced the event. She wished the entire team of the film, good luck. Mahatma will release in 5 major languages Hindi, Marathi, Tamil  Telugu, English.

This film is commissioned by the DGIPR Maharashtra government.