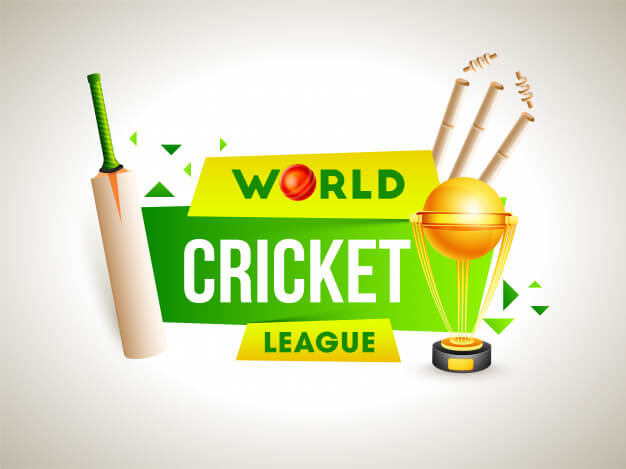 Cricket has become a world game and taken the form of a global mania. This was originally a game of the British but hu the end of the 20th century, it had become the craze of the world, so much so that it has taken its toll here in India also. India always had its own national games in hockey and football but by now, i.e the 20th Century, India has also taken up the cricket mania, and left its own national games on the back-burner. In july 1999,the cricket world cup, and the craze had to be seen, he believed. All programmes everywhere were seen being deferred for the forthcoming games to be held in England.

Ever so many crores of money was sunk in popularising the game. Oh! it was the mania to be seen and felt in the very air of the entire globe. Even a country as poor as our own India,three crores of rupees were spent in the game. All people everywhere, talked about the game, all advertisements on the television, and newspapers continuously kept up the tempo of the game.

Believe me,all and sundry from school children to produce going gentry was deeply involved in the game. This was the situation of the craze before the event and, imagine what would happen to the level of madness during the event. Finally,the day came and lo! And behold! the game started and,people of all hues and ages were found glued to their T.V sets, their radio sets and ,it appeared as though talking of anything except cricket was now taboo. This was very well depicted by an advertisement, " Eat cricket, drink cricket and sleep cricket". This is very vividly described the mania of the time Regarding the game, it was played in England and from the world around twelve teams of twelve countries participated, including India. India withstood the first bout but got knocked off the field in its second bout.

The country that bagged the world cup, after about a month of play, was finally Australia. In future, we must plan such games and join only if there is any chance of reaping the fruits of such adventures. For I am sure we should not waste any money in the present situation. However,the event has done one good service to us and that is , it has shown us our right place in the world,as far as this game is concerned, and where we really stand in comparison to other countries.

This should enable us to improve our game before we venture to play again on this scale,and that also only when we can afford it all. The question we should seek ourselves at this juncture is ,that can we afford such expensive enterprises,and,that also for nothing in return.