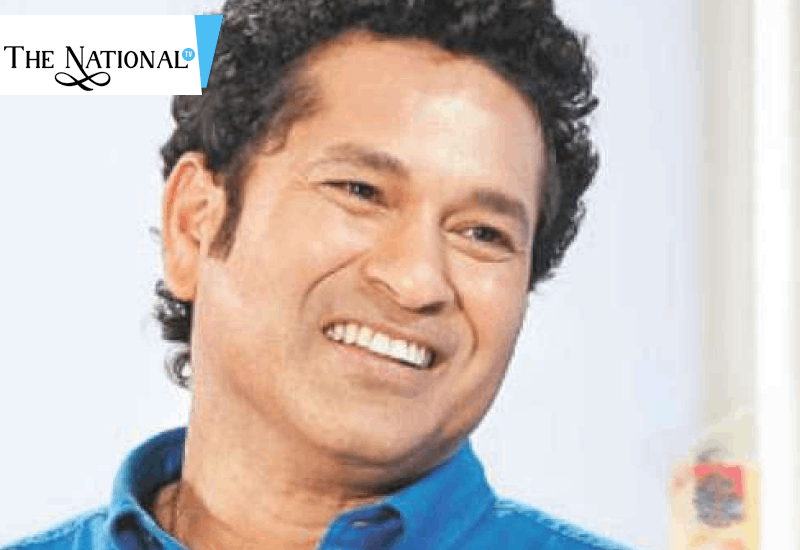 While the World Cup 2019 fever is on, Sachin Tendulkar cautions the team India shortly after they depart for the World Cup 2019. Being the prime example, Sachin Tendulkar says, “Despite breaking pretty much all batting records in his illustrious career, he had to wait until 2011 to get his hands of World cup”. He argues that one person can’t turn the game or win the World Cup, therefore, the team as a whole needs to contribute for the victory. Team India departed for England and Wales on May 21 for the forthcoming ICC World Cup 2019, which is expected to rom May 30. Virat Kohli and the team are expected to live up to the expectations and bring back the glorious cup after a long wait of 8 years. Back in 2011, India won the last championship under the leadership of MS Dhoni, which displayed the combined efforts that paved a way for the ultimate glory.

Indian team led by Virat Kohli, looks in a great form but are little dependent on Virat Kohli. In an exclusive interview with PTI, Sachin Tendulkar former legendary cricketer stated, “I think you will always have a couple of individuals stepping up every game but without team support, you can’t do much. Just because of one individual, you can’t win a tournament. No way. Unless others chip in at every crucial stage. If that doesn’t happen, there will be a disappointment”. Tendulkar is hardly worried that India doesn’t have a settled No. 4, saying “I think we have wonderful batsman who can do the job. Number 4 is just a number and can be adjusted.

Our boys have played enough cricket to know their roles. Situational awareness their key”. According to him, wrist spinners are the one breed of bowlers who will do well, and India have two – Kuldeep Yadav and Yuzvendra Chahal. Indian cricket team will play two warm-up encounters versus New Zealand and Bangladesh before they start their World Cup campaign on June 5 versus South Africa at The Rose Bowl, Southampton. India will have to be on their toes as they have some tough games. To begin with South Africa, then moving on with Australia, New Zealand and Pakistan in their first four games. Virat Kohli said in the press conference, “All the players are in a great form and playing really well. I think, we just hope to play the best cricket we can”. India’s first pre-World Cup training session will start from May 31, five days ahead of their first game against South Africa on June 5. This session will be followed by a press conference.