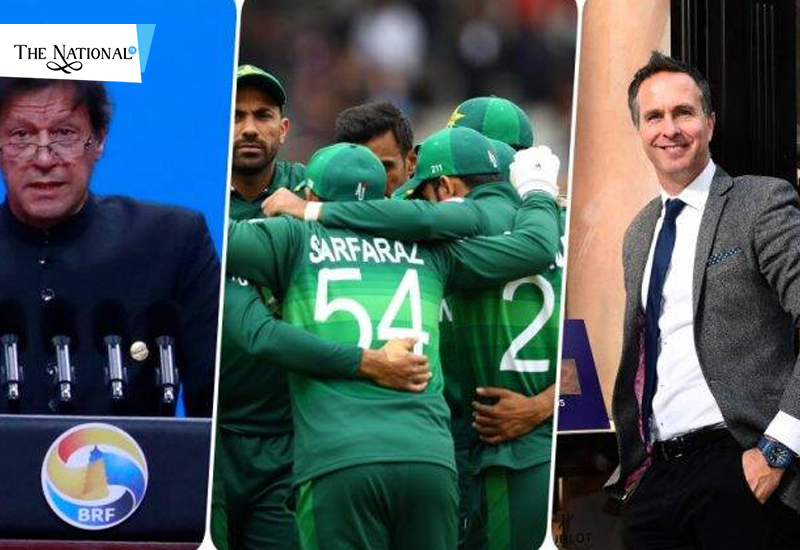 It was India versus Pakistan match this Sunday, and being a Sunday with an India Pakistan match, should depict the importance this day holds in every Indians’ life. The day was also the International father’s day, making the day more special. The fine day at Manchester did encounter the India Pakistan match, where despite the rain, the Indian team put up a high score of 336 in front of Pakistan. Pakistan captain won the toss and decided to ball, and then due to the rain, according to DLS method, Pakistan lost.

Before the match, The Pakistan prime minister had tweeted regarding the possible way Pakistan team could adopt against India which was clearly ignored in the match. To this tweet the Former English skipper, Michael Vaughan also was seen trolling over the Pakistan PM’s tweet.The Pakistan PM Imran Khan had tweeted,” In order to have a winning offensive strategy, Sarfaraz must go in with specialist batsmen and bowlers because “Raillu Kattas” rarely perform under pressure – especially the intense kind that will be generated today. 2. Unless pitch is damp, Sarfaraz must win the toss & bat”.

Clearly, Pakistan did win the toss but chose to ball. And hence, the ex-skipper did point the fact on twitter hilariously tweeting the reply as “The skipper obviously isn’t on Twitter PM,” This tweet not just turned heads but seemed so relatable seeing such a drastic loss of team Pakistan against India.