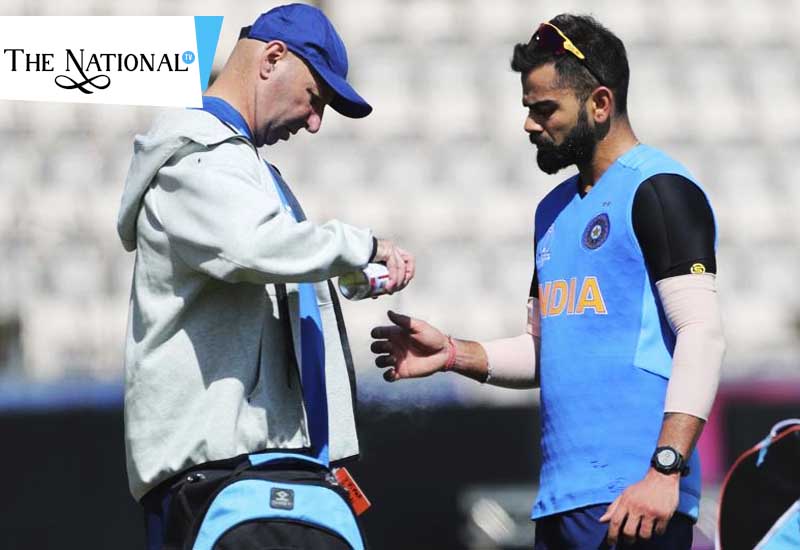 After getting hurt in a practice session on Wednesday, Virat Kohli is now doing fine.

"He is doing fine. There is nothing to worry," team sources told PTI.

On Wednesday team India played against South Africa, in which captain Virat Kohli got hurt on his thumb. He was hit on his thumb.The injury is on his right thumb. Patrick Farhat, the physiotherapist of team India was called in. He sprayed the magic spray, and then wrapped a bandage around Kohli's thumb. After which Kholi was seen leaving the field, with his thumb dipped in glass filled with ice.

India is one of the biggest contender for the trophy, but the team has been going through a lot of injuries. Vijay Shankar, all rounder of the team was forced to sit off the field because of his hurt elbow. He could not play the warm up match against New Zealand due to the injury.

Another player who is injured in Kedar Jadhav. He is a key player of the team, a top middle order playere. However he was seen playing in the nets on Saturday, according to which it seems like he is retaining his health back. Jadhav was hurt in his shoulder during this IPL season. However, his play in nets shows that he might be fit for the match against South Africa, and will play on the field. ​