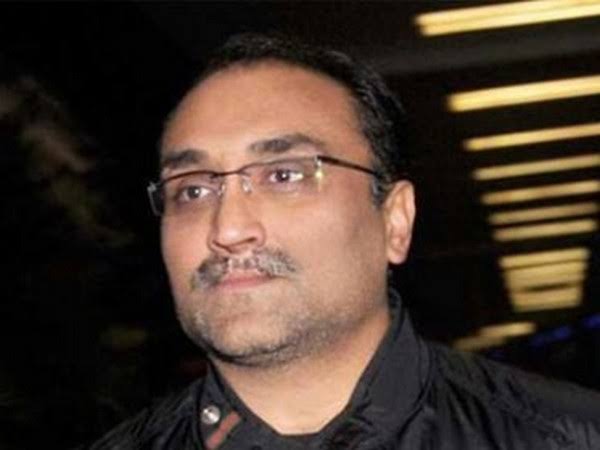 Aditya Chopra pens a heartfelt note on YRF 50
‘The secret of YRF 50 are the PEOPLE!’ : says Aditya Chopra, as he thanks the entire industry,
everyone who has associated with Yash Raj Films, the biggest production house of India, through its glorious 50 years
In 1970, my father Yash Chopra, left the security and comfort of his brother Mr. BR Chopra and formed his own company. Till then, he was a salaried employee of BR Films and didn’t own anything of his own. He did not know how to run a business and did not even have the basic knowledge of what goes into making a company. All he had was a strong belief in his talent and hardwork and a dream to be self-reliant. That conviction of a creative man backing nothing but himself and his art, gave birth to Yash Raj Films. Mr. V Shantaram, who owned Rajkamal Studios, graciously gave him a small room in his studio for his office. My father didn’t know then, that the small company that he started in a tiny room, would one day become the biggest film company of the Indian Film Industry.
In 1995, as Yash Raj Films (YRF) entered its 25th year, my directorial debut film Dilwale Dulhania Le Jayenge released. The historic success of that film gave me confidence to give wings to some crazy risky ideas that I had for the future of YRF. Besides the immense love that my father had for me, he now also had a lot of faith in my ideas because of the miraculous success of my film. I had foreseen the advent of international corporate studios coming to India and taking over our business. I wanted us to achieve a certain scale, so that we could retain our independence before they came in. My father contradicted his own conservative mindset and bravely indulged all my bold initiatives. And in a span of 10 quick years, we went from a film production house to India’s first fully integrated independent film studio.
Across 5 decades YRF, at its core, has been a traditional company with deep-rooted old world values and a conservative approach to business. But at the same time it’s also been a bold forward looking company, constantly trying to push itself in embracing technology and innovations to be ahead of the curve. This perfect balance of traditional and modern is what defines Yash Raj Films.
Today, we enter the 50th year of Yash Raj Films. So, as I write this note, I’m trying to figure out what exactly is the secret of this 50 year success? What makes a company flourish for 50 years? Is it the creative genius of Yash Chopra? The audacious vision of his 25 year old upstart son? Or is it just plain luck?
It’s none of the above.
Its the PEOPLE.
The people who worked in each and every YRF film for the last 50 years.
My dad used to describe his journey with a poet’s line-
Main akela hi chala tha janib-e-manzil magar, log saath aate gaye aur karvaan banta gaya
(I walked all alone towards my destination, people kept joining and the caravan kept growing).
Its taken me 25 years to fully understand this. The secret of YRF 50 are the PEOPLE...
The ACTORS who bared their souls through their performances.
The DIRECTORS who crafted the films to perfection.
The WRITERS who created the memorable stories.
The MUSIC DIRECTORS and LYRICISTS who gave us songs that became part of our lives.
The CINEMATOGRAPHERS and PRODUCTION DESIGNERS who left indelible images on our minds forever.
The COSTUME DESIGNERS and MAKEUP and HAIR STYLISTS who made even the ordinary look beautiful.
The CHOREOGRAPHERS who gave us dance steps, which are part of all our celebrations.
The SPOTBOYS, LIGHTMEN, SETTING WORKERS, DRESSMEN, JUNIOR ARTISTS, STUNTMEN, DANCERS
and each and every crew member who have given their blood and sweat to all our films.
The SENIOR EXECUTIVES and all the EMPLOYEES of YRF who worked tirelessly day and night with no individual glory or fame.
And finally the AUDIENCE, who gave their love and faith to our films.
These PEOPLE are the secret of our 50 year success.
My deepest gratitude to each artist, worker, employee and audience of YRF.
I dedicate these 50 years to all of you. You are what makes YRF.
But it’s not only YRF that is made by these artists and workers; it’s the entire Indian Film Industry. This is not only YRF’s success, it’s the success of the Indian Film Industry, which gave the platform for a self-made man to create a self-reliant, truly independent studio of the world. An industry, which gives an equal opportunity to each artist and worker to make a life for himself and his family. On behalf of my entire YRF family of artists, workers and employees, I thank the Indian Film Industry for allowing YRF to be part of your great heritage. The Industry where I met the most wonderful, talented and beautiful people. The Industry I hope to be part of in every lifetime...in any capacity whatsoever.
ADITYA CHOPRA
27th September 2020