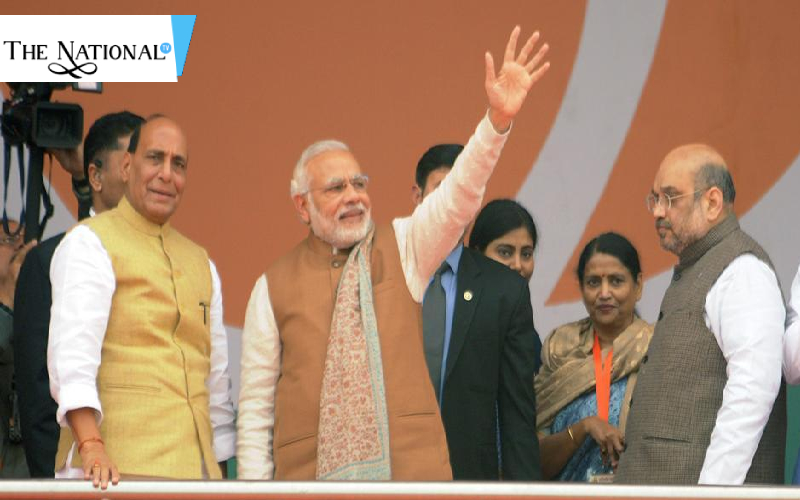 After the Bhartiya Janata Party’s (BJP) victory in the national poll, Prime Minister Narendra Modi while visiting his home state Gujarat on May 26 said, “People voted for development” and added that his return to power was a huge responsibility that the people had bestowed on him. PM Narendra Modi said, “We have utilized these 5 years to solve issues of the common citizens". We have to further enhance India’s position at the world stage. The coming years will be about Jan Bhagidari (people’s participation in the governance) and Jan Chetna (raising awareness about governance and welfare programmes of the NDA government, which is the beginning of a second term. PM Narendra Modi has compared the next 5 years with 1942 to 1947, a crucial period of the freedom movement from Quit India in 1942 to final independence in 1947.

He added that besides working for the people of the country, the next five years will be used to enhance the image of India globally. He added, “After the 6th phase of polling, I had said that it’s 300 plus for us. When I said it, people mocked me. But, the results are for everyone to see”. Mr. Modi, who landed in Ahmedabad on Sunday evening to a grand welcome from the BJP workers says, “In 2014, the country got an opportunity to know Gujarat and the development model of the state came in front of everyone. I’m coming back to the land that has nurtured me. I’m back to the place with which I have a very old bond. Gujarat was a stepping stone for success to me”.

Expressing his gratitude to the people of his home state he said, “Last night, the president of India invited me to be the next Prime Minister and today I’m here to take your blessings. The blessings of the citizens of the state have always been very special for me”. PM Narendra Modi says in his speech in Gujarati, “The fire tragedy in Surat has saddened us all. We stand in solidarity with the bereaved families. May the almighty give them strength in this hour of grief. The State government is further strengthening disaster management infrastructure across Gujarat”.