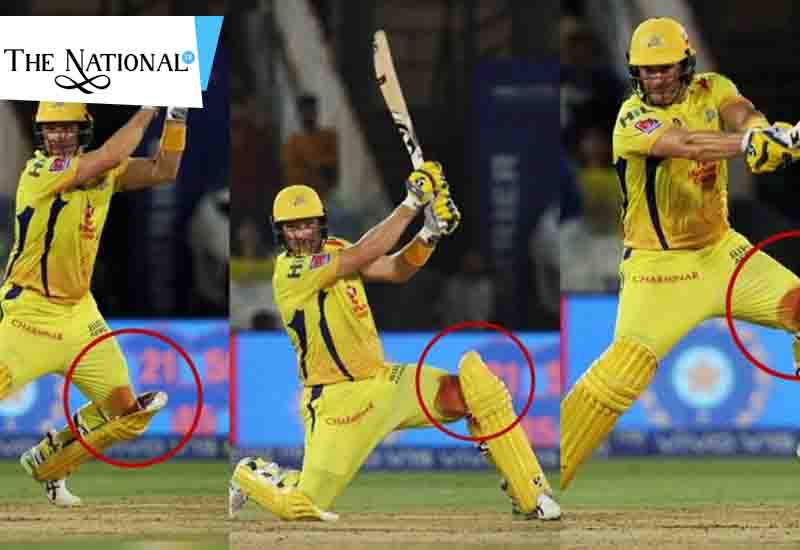 After the photo went viral of the australian batsmen shane watson who was playing for chennai superkings against mumbai indians in the finals of the ipl 2019. he was playing with a bloody knee. when people saw that picture, they were praising the suatralian batsmen for his dedication.

in the nail biting finish in the finals of the ipl 2019 which was finished on the last ball of the innings and resulted in the defeat of the chennai by one run. shane watson scored a fightig 80 runs while on the other end they were just losing wickets. A day after the finale, photos emerged of the ace Australian batsman playing with what appeared to be a bloody knee as images showed his yellow pant with bloodstains on it. Despite the injury, Watson pulled off a brilliant 80-run knock off 59 balls to change the momentum of the game in Chennai’s favour.

In a post on his Instagram-story, Singh wrote, “Can you guys see the blood on his knee..he got 6 stitches after the game..got injured while diving but continue(d) to bat without telling anyone.” He also added five stars and wrote, “That’s out Shane Watson. Almost pulled it for us last night.”‘