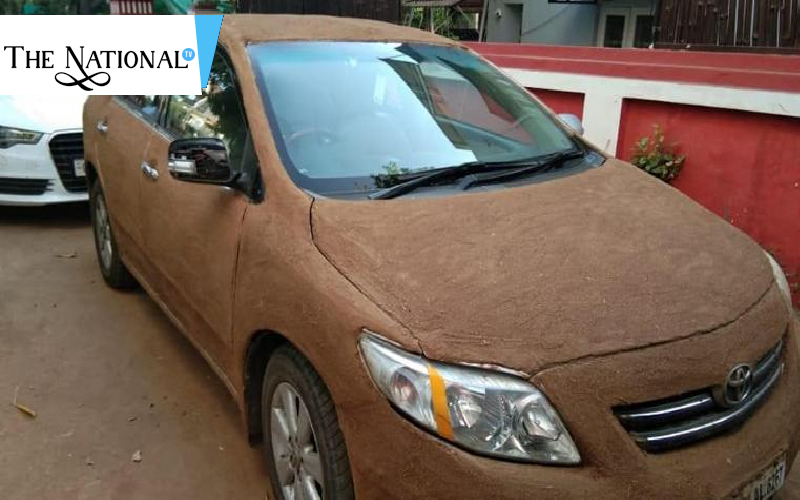 As temperatures rise, people are trying various things to beat the heat. But one resident in Ahmedabad came up with a amazing idea to keep her car cool in the summer, Sejal Shah a women from Ahmedabad says that coating keeps her car within limits and makes her feel cooler in summers and warmer in winters. Sejal said "I got this idea as I used to put cow-dung on the floor and walls of my house. It keeps the house cool. Hence I decided to put it over my car" Applying cowdung decreases the temperature and help us to be cool in summers and warmer in winters.

She claims it keeps her car cool even without air-conditioning.Sejal Shah's Toyota Altis became an internet sensation soon after its photos went viral, thanks to the thick coat of cow dung all over it. The woman's sedan is an eye-catcher on the streets with the coating and the red and white rangoli-like designs on the edges. It not only keeps my car cool but also helps in preventing pollution. The harmful gases that are released while we use car AC increase the temperatures and contribute to global warming. "I drive my car switching off the AC as the cow-dung keeps it cool" ,said Sejal Shah.