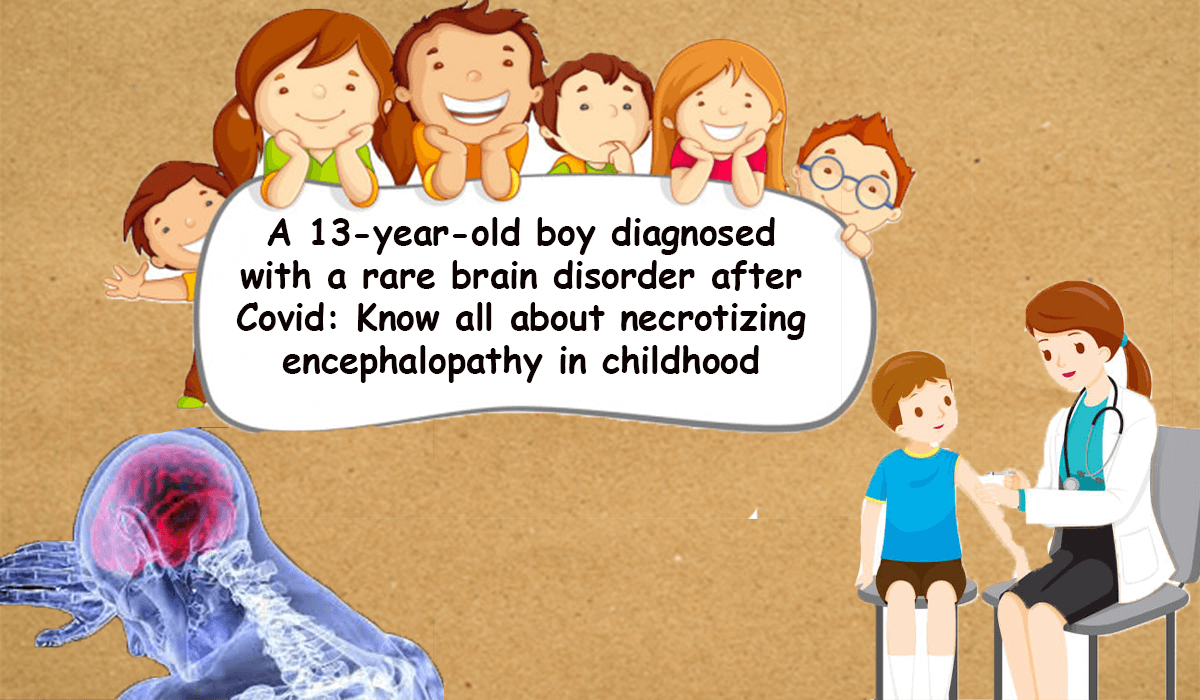 Diagnosis is based on clinical presentation and neuroimaging findings.

In addition to the growing list of recovery problems after Covid, a 13-year-old boy from Karnataka in Davanagere has been diagnosed with Acute Necrotizing Encephalopathy of Childhood (ANEC). ANI news agency quoted Dr. Kalappanavar, medical director of SSIMS (Sri Siddhartha Institute of Management Studies), Davanagere, as saying, "This is probably the first case in a child's recovery."

According to the doctor, the boy, whose state is currently improving, has shown signs of respiratory collapse and was placed on a ventilator for three days.

According to a 2013 study, ANEC is a disease characterized by respiratory or intestinal infections and a high fever associated with rapid detection and seizures.

Serial magnetic resonance imaging tests have shown similar lesions, including thalamus, brainstem, cerebellum, and white matter in the disease. The condition is associated with a pessimistic prediction of high morbidity and mortality rates. "noted the National Center for Biotechnology Information Study.

The study added that while ANEC is a mysterious encephalopathy seen "especially in healthy young children or in East Asian children including Japan and Taiwan, its cases are occasionally reported from all over the world."

What is the cause?

It is a multi-factorial disease, i.e., a gene linked to a genetic mutation - sometimes a viral infection. "Those two factors connect to induce autoimmune disorder, which creates serious brain damage, leading to high morbidity and mortality," explained Dr. Ghuliani.

How is it related to Covid-19?

"As SARS 2-Covid 19 is likewise a virus, it has the potential to create such an illness," stated Dr. Ghuliani.

Studies have noted how patients are often treated with supportive care, including hydration, electrolyte balancing, infection prevention, convulsions, and spasm control. Vododopal treatment is also recommended. In summation, we produced serum surgery, virus inhibition, supportive ventilation, also used anticonvulsants, L-dopa, trihexyphenidyl, and IVIG, 'the authors of the 2013 study noted while highlighting that although "the disease is rare, it should not be taken lightly. "

I agree with Drs. Chowdhury stated, "Research depends upon clinical survey including Diagnosis. Treatment regimens are not well established; they are treated with antiviral agents as a first step, followed by steroids and immunoglobulin and supportive care. Patients with ANEC have variable predictions, but mortality remains very high. "