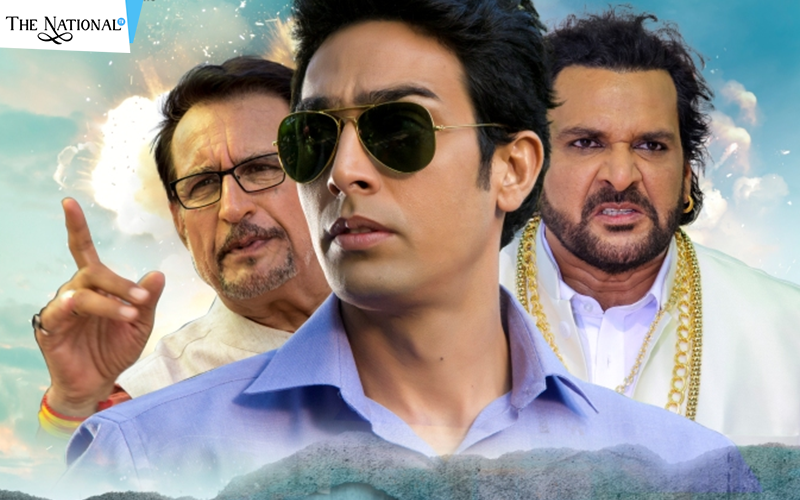 Recently, the trailer and music of the film Keep Safe Distance was launched in Mumbai's Red Bulb Studios. On this occasion, actors of the film Kiran Kumar, Shahbaz Khan, Mushtaq Khan, Adi Irani, Sagarika Neha, Jai Yadav, etc. were present. Vishnu Dhanraj Sharma told me that the film will be released in theatres on November 15. The story of the film is based on a call girl (Sonia ATM) who is also related to the underworld don. In this film based on the crime of Mumbai, Kiran Kumar is playing the role of a positive politician. While Shahbaz Khan is playing the character of Don Salim Sultan. Jai Yadav, the film's hero, will appear in the role of ACP Vijay Suryavanshi.

The producer of the film Vishnu Dhanraj Sharma told me that this is his first film. Which gave him a lot of experience in the film industry. Because it took a long time of 3 years in completing the film, he completed this film facing many troubles. At the age of 24, he started making this film, which is a really big job.

The film's writer-director is Rama Mehra. the film is co-produced by Laxman Singh Rajput. Sagar Joshi has worked as an executive producer in this film. Watching the trailer, it shows that the film has three main characters- ACP Vijay Suryavanshi, Salim Sultan and Sonia ATM. Along with being a crime base, the character of Sonia ATM has remained in suspense. Along with the trailer, the item song title by Twinkle Twinkle was also released. In which actress Monica Ravan appeared. The music of this song is given by Famous Music Director Damodar Rao.

The trailer and the song were appreciated by the audience. Now let us see how the film would spread its magic in theatres on November 15, 2019.