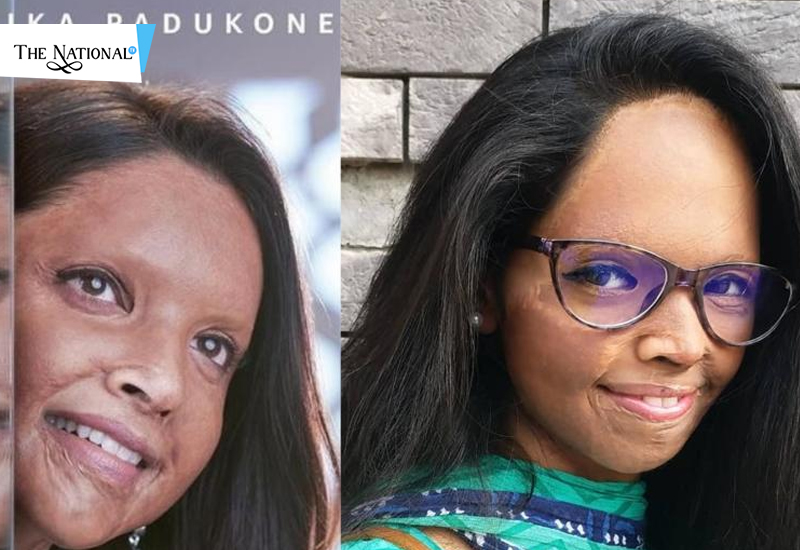 The film Chapaak which is a biopic of the acid attack survivor Laxmi Agrawal is going to feature Deepika Padukone as it's lead actor playing Laxmi. It has been tried to mould Deepika's look as Laxmi. But you'll be shocked to know that Laxmi's face before the acid attack was much similar to Deepika's. The film's director, Meghna Gulzaar, during an interview with Pinkvilla revealed that Deepika was in her mind from the very thought of making the movie because she had seen the picture of Laxmi before the acid attack.

Although her face after the attack has no value yet, it looked similar to that of Deepika. Also, after the makeup transformation, the Deepika is looking much like Laxmi. After Padmavat, Tamasha and Bajirao Mastani, Deepika wanted to opt for lighter projects. But when she said yes to Chapaak, it indeed surprised Meghna. Meghna has complimented Deepika saying, "Deepika Padukone truly shed off things we know of her, the face, the brand for Chapaak" The shooting of Chapaak has been completed a few days before. Meghna has shared a picture of Deepika and Vikrant Messi from the film set as well. The film will be out on theatres on 10th of January next year.