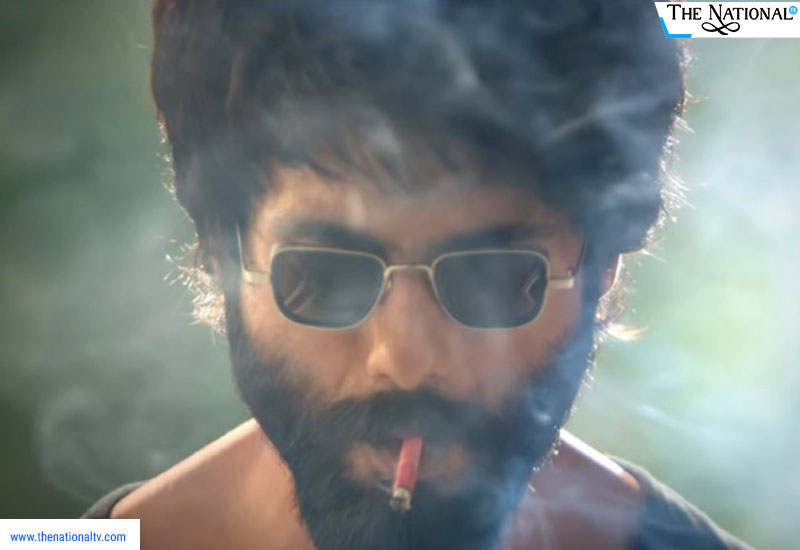 The blockbuster movie Kabir Singh has hit off the silver screen! The huge anticipation and expectations of the film are finally out of the bag! And the film has marginally performed excellently on screen. Clearly, the changing taste of the Indian audience is remarkably visible who has immensely loved Kabir Singh and accepted the movie wholeheartedly! The leads Shahid Kapoor and Kiara Advani have been seen playing the romantic interest of each other, but in due course, a failure in their story has led Kabir Singh into a path of self-devastation and self-pity!

Though, Shahid, who had recently spoken in a talk show that he has no idea how the consumption of alcohol or drugs actually feel like, has played exceptionally well in such a dramatic and unique character. While a huge part of the audience has been allured by his performance, the actor is severely being criticized for playing such a different and extremely violent role!The reaction of several such personalities came in the form of tweets that definitely turned heads!The board member of CBFC, Vani Tripathi Tikoo has recently posted a tweet, “I'm serious about this thought that Misogyny is "Infectious" have been noticing the narrative around #KABIRSINGH past few days..What a terribly misogynistic and extremely violent film! Arjun Reddy was bad enough and now this remake! Am I surprised it's doing well ...Well Well!”

She then again was seen continuing her opinion on another three tweets which read as, “ I find it baffling that "Big Stars" make these choices who actually lead by Example! As the Cinematic journey of the country has gone beyond its "Traditional" Women as "Eye Candy" routine. Can we remember how movie characters are idolized? #StopMisogyny #KabirSingh  Someone asked me after my last post what's wrong with an Actor choosing a role? Dear pal, there is never a wrong or a right it's the choices that you make on the screen to portray is what defines who you are! A character is only a piece of written paper if not enlivened by an actor!”

This did arouse many conjectures on the twitter and people came forward both supporting the actor, a recent poll constructed about whether the choice of an actor says about his or her character clearly depicted it doesn’t.After this tweet, the singer Sona Mohapatra came forward with another tweet, the also had agreeing to vibe with Vani saying,” & how can we keep such deeply disturbing, dark & dangerous politics ‘aside’? Does the actor have no responsibility for choosing to play a part in a narrative that can set us back as a society? Is that all we have become? Creatures of ambition?”.Despite all kinds of reactions, the movie is doing exceptionally well in halls! And has nearly had a box office collection of 71 crores in 3 days! It is well-anticipated that the movie is very soon going to be in the 100 crore club!